It’s a good time for Adele. She won so many music awards, she’s found the man of her life, she’s expecting a little one and now she may possibly be getting married! Yes, the British musician’s boyfriend is reportedly going to ask Adele to marry him. Hopefully she’ll say yes! 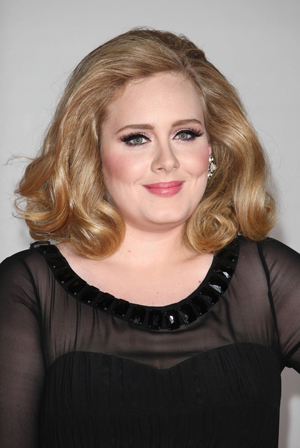 A baby and a wedding? This is definitely Adele‘s year!

After announcing that she will be bringing a child into the world — who no doubt will be as talented as her mummy — Us Weekly is now reporting that the British songstress’ boyfriend and baby’s daddy, Simon Konecki, is planning to pop the question.

“He was planning to propose anyway!” says a source to the entertainment magazine.

Yes, squeal with excitement at the thought of Adele look enchantingly stunning in a couture wedding dress and possibly even belting out a tune at her reception. Just in case you haven’t heard the good news, the “Someone Like You” artist revealed the exciting baby news on her official website on Friday, causing internet mayhem, with her site even crashing because everyone was trying to access the great news themselves.

“I’m delighted to announce that Simon and I are expecting our first child together. I wanted you to hear the news direct from me, obviously we’re over the moon and very excited…” wrote Adele.

There is nothing more the fans of the 23-year-old singer can ask for since Adele has shown she is boss in the music industry, what with her sweeping up six Grammys. But just because her life has been a mega success, don’t expect the musician to throw a mega wedding if she does get married, as a friend says Adele just isn’t into big, extravagant weddings.

“[Adele] wants a low-key affair, where her mother gives her away,” says her friend to Us Weekly.

Well, whatever makes Adele happy… Just as long as we get to see wedding pictures!