It’s pretty rare that the Bachelorette winds up with this many awesome guys by the time hometowns come around. Emily has really whittled it down to some great ones. And that makes saying goodbye really tough for her — and us! 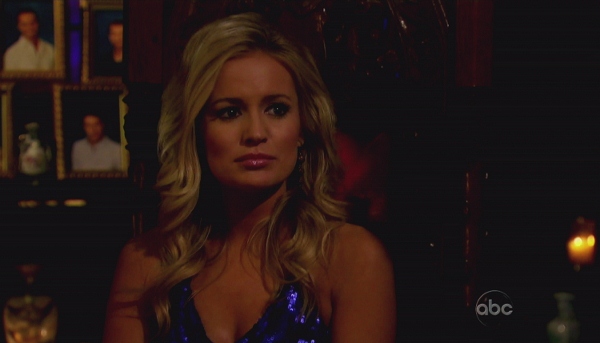 Although nothing truly goes “wrong” when it comes to Chris’ hometown, some serious foreshadowing goes down when his sister asks Emily to let him go sooner rather than later if he isn’t the one. And close to an hour and a half later, we discover — *spoiler alert* — she heeds Chris’ sister’s advice and lets him go.

You know it’s a match made in Southern heaven when a couple spends a date trying to outdo each other on the shooting range. The clay pigeons are toast when faced with the likes of Jef and Emily! But the real firing range is back at the homestead, where Emily is faced with a good dozen of Jef’s siblings and their kids. But Emily manages to reassure Jef’s brother that she feels they are fundamentally the same, and even survives the onslaught of questions from his sisters. After a successful family meeting, Jef reads her what may very well be the cutest letter in Bachelorette history. If it causes you to let out a tear or a squeal, you are undoubtedly not alone!

If you’ve ever wondered what’s the most awkward scenario that could possibly take place in a meet-the-parents situation, the answer is this: having the entire family begin a lengthy conversation in a foreign language. Fortunately Arie manages to nip the Deutsch-talk in the bud without too much delay. Despite Arie’s constant warnings about his mom being skeptical, everyone embraces his and Emily’s relationship, and the evening ends off with Arie confidently stating, “I’m definitely going to marry Emily.” Sounds good to us!

Well, the terrible truth about Sean is finally revealed: He’s 28, and he still lives at home. Just kidding! The trickster pretends he’s a mama’s boy in every way. But there’s no need to panic. The hometown date reveals he’s just as amazing as Emily believed. And in what may be becoming a bit of a habit for him, he even chases her down, calling out “Emily!” for another kiss.

There is no doubt that Emily has made things hard for herself by picking such amazing guys! Things are bound to get dramatic next week when she and the final three head off to an exotic, beachy location where romance will surely ensue!