Whether or not you’re surprised, Anderson Cooper has confirmed he is gay. The journalist shares his motivators to officially come out. 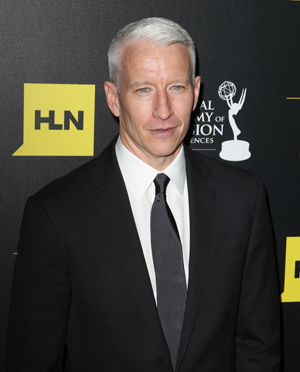 So this may shock you, but… Anderson Cooper is gay.

While you can file that under “Least Surprising News Ever,” in reality, Cooper has never come out officially.

The world-famous CNN journalist told The Daily Beast columnist Andrew Sullivan, “The fact is, I’m gay, always have been, always will be, and I couldn’t be any more happy, comfortable with myself and proud.”

Now it’s on the record. So why is he coming out now? Simple. Cooper stated that although he feels his life should be kept private (despite his profession), he doesn’t want to be perceived as someone “trying to hide something — something that makes [him] uncomfortable, ashamed or even afraid.”

“I have always been very open and honest about this part of my life with my friends, my family and my colleagues. In a perfect world, I don’t think it’s anyone else’s business, but I do think there is value in standing up and being counted. I’m not an activist, but I am a human being, and I don’t give that up by being a journalist.”

“Even prior to coming out publicly, Anderson’s terrific work has raised awareness of inequalities facing LGBT people,” he stated. “I’m proud to call him my friend. He’s a role model to millions and now will inspire countless others.”

Deep inside, we’ve known for a while that the perfect silver hair and piercing blue eyes were not meant for us… Dare to dream.