After several months of dominating Broadway stages, Jesus has suddenly decided to vacate the Great White Way. Read his statement regarding his recent decision and what he plans to do now. 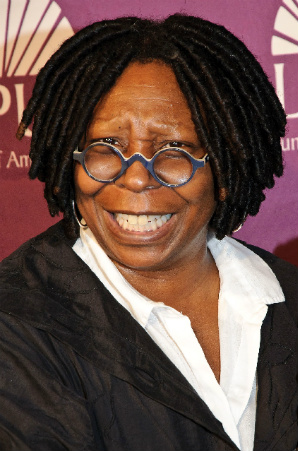 As many of you know, I recently made a vow to myself that I would try to branch out from a life dominated by answering prayers and saving others. I take great pride in my work, but as is the case with all of us, I began to crave projects that would challenge me a little more. It was difficult to narrow down exactly what my new vocation would be. The creation of food and drink has always interested me, but I’ve also always had an affinity for working with my hands. Despite my many options, though, I knew in my heart there was only one choice for me: Broadway.

I quickly took to the Great White Way in such shows as Sister Act, Leap of Faith, Godspell and Jesus Christ Superstar. For a time, I was a stronger presence on Broadway than the ghost of Ethel Merman. It was impossible to walk through Times Square without my making footprints in the concrete right next to you. I was a fixture on Broadway, and I couldn’t have been happier.

Recently, though, the eight-show-a-week schedule began to weigh on me. I’m used to working strenuous hours, but adding jazz runs and sequins to the mix really took its toll. I should have known that simply watching stock footage of Gene Kelly all day wouldn’t prepare me for the gruelling life that is a Broadway career. And so, after what may be a shorter time than I anticipated, I have decided to take a hiatus from Broadway.

There was speculation this might be the case when Leap of Faith played its final performance on May 13. Speculations were confirmed when it was soon after announced that Godspell would close on June 24, Jesus Christ Superstar on July 1 and Sister Act on August 26.

Many of you have been concerned that my premature departure from Broadway has to do with the supposed apocalypse that awaits us later this year. Rest assured this is not the case. The world isn’t expected to end until 2065.

Inquiries have been made as to what I might do with my time now. Final decisions have yet to be made, but for now, I’m thinking of renting a nice place in the Hamptons and just unwinding. I also may teach myself how to swim; walking on water is cool only until you realize it’s basically the same as walking on land.

I would like to make clear to all of you that just because I am leaving Broadway, I do not wish all faith in Broadway to vanish entirely. Broadway is the site of some of the most talented people in the world — I would know — and attending any Broadway production is often akin to a religious experience, whether it has to do with me or not. But just to be sure all faith is not lost, The Book of Mormon shall continue to run for a very long time to come.

Thank you all for your continued support and belief in me. Without you, I never would have had the courage to follow my dreams.

See you in church!

Billy Ray Cyrus is going to Broadway!
Chaz Bono guest stars on Degrassi
Our favourite Nora Ephron films and why we love them