Canada Day is upon us! If you’re having trouble thinking of ways to stay patriotic amidst the celebratory chaos that is bound to ensue over the next three days, here are some tips to help you keep the Canada in your Canada Day long weekend! 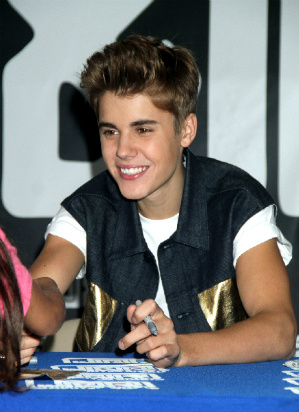 Well, we made it to the second long weekend of the summer: Canada Day weekend. For the next three days, Canadians will be basking in the glory of what it means to live in this great nation, full of maple syrup, thick forests and sparkling lakes. And just as Canada’s land and people are varied and diverse, so are the many ways of celebrating Canada Day. Some choose the relaxing-weekend-at-the-cottage option; others go for the three-day-bender-ending-in-a-maple-leaf-tattoo method. Regardless of how you decide to spend your weekend, make sure you don’t forget to remain patriotic. Below we offer five suggestions for how to best keep the “Canada” in “Canada Day! Wooooooooooooo!”

Allow only Canadian artists to be played at parties

Nothing fills us with a greater sense of patriotism than walking into a party and hearing Justin Bieber blasting from the speakers. To keep that Canadian pride going all weekend, insist that only Canadian music be played at the parties you throw or attend. With artists like Justin, Carly Rae Jepsen, Drake and Nickelback (well, maybe not Nickelback), there will be no shortage of music that will make you want to bump, grind and salute the flag.

Have a Degrassi marathon

Not feeling much like dancing with a bunch of sweaty people? Not to worry; you can still get your Canada on from right inside your home. We recommend setting up camp in front of the TV and engaging in a Degrassi: The Next Generation viewing marathon. There isn’t a show on television that is more overtly Canadian, and watching all those Canadian kids deal with all those problems will definitely amp up your patriotic pride. And given that Degrassi will soon be starting its 12th season and has just celebrated its 300th episode — not to mention the original Degrassi series and all of the brand’s spinoff films and webisodes — you could very well find yourself celebrating Canada Day until Labour Day.

If staying indoors interests you, but you’ve already seen all the episodes of Degrassi, consider enjoying a marathon of Canadian films instead. But rather than just watching a random selection of movies made in Canada, make it more interesting by seeing if you can find movies that feature each one of the 13 provinces and territories. And don’t cheat: Mystery, Alaska is not a placeholder for films that feature the territories, and One Week, which follows a man (played by Canadian actor Joshua Jackson) riding his motorcycle from Toronto to Vancouver Island, may not be used to represent more than one province.

We know it’s bikini season, but if you’re going to stray from your diet, you might as well do it with some national pride. This is the weekend to go for the large poutine with extra gravy instead of the low-sodium chips and reduced-fat dip. Eat a beaver tail. Overdo it on the bacon. Drown your pancakes in 100 per cent maple syrup. You’ll work it off from spending the following three straight days running to the bathroom.

And since you’ve given up being well-behaved anyway, you might as well swap that white wine spritzer for a cold beer. Be sure to stick with Canadian brands only; after all, getting fall-down drunk on Canada Day is an undisputed act of patriotism if you manage to do it from a case of Molson Canadian.

Our favourite Nora Ephron films and why we love them
Anna Paquin and Stephen Moyer are expecting twins!
A road trip with Jennifer Aniston? Yes, please