The 2012 London summer games are just around the corner, so it’s about time a song for the event was chosen. And it’s a surprising choice… 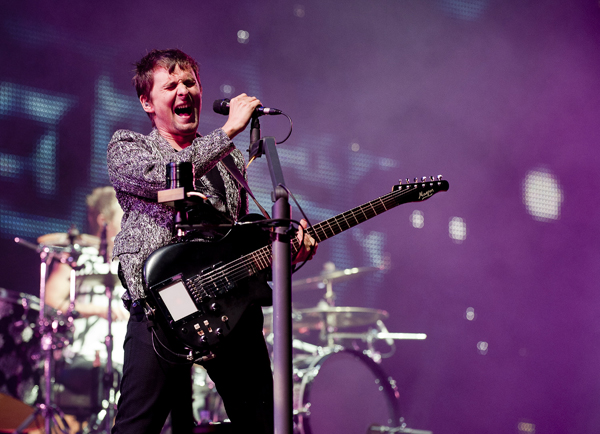 Oh, remember when Canada hosted the Olympics and we had that really great, inspirational song “I Believe” by Nikki Yanofsky?

Well, Britain heard our song, liked our song — and went in a totally different direction. The anthem for the 2012 London summer games has been chosen, and it’s — drum roll please — “Survival” by Muse.

Nothing says Olympic medallist more than electric guitar and the encouraging lyricism of Matt Bellamy. Take for example this little literary treat: “I am prepared to stay alive/And I won’t forgive, vengeance is mine.”

Funnily enough, that is also the official party line for every dictator in the world. What a coinkadink!

Muse announced the news on its website, stating, “Matt wrote the song with the Olympics in mind. It’s about total conviction and pure determination to win.”

Whether or not you like the song, it will be on heavy rotation throughout the summer games… Who knows? Maybe you’ll grow to love it — or loathe it with a passion never before known to humanity.

Tell us what you think. It’s a cross between classical music with a hint of Queen and Pet Shop Boys. Godspeed!