Lady Gaga is a true fashionista and proves it with her most recent, very expensive purchase. The Mother Monster has purchased a signature gown from her late friend and designer Alexander McQueen, and she is making sure his legacy lives on — even through his clothes. 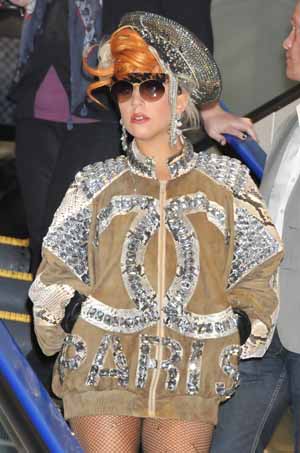 When Lady Gaga wants something, she gets it!

The Mother Monster paid up big time for an exclusive, one-of-a-kind Alexander McQueen gown. According to AOL Music, the “Born This Way” artist bid on the 2008 ivory silk gown, which was made by the late designer (who was also the musician’s friend), during an auction in London that featured a collection of exclusive couture designer wears from heiress Daphne Guinness’ closet.

So how much did Lady Gaga spend, exactly?

The high price tag broke records for the highest amount of money ever paid for one of Alexander McQueen’s fashionable creations, and Daphne Guinness was even surprised about the purchase, since all the proceeds will be going to support the Isabella Blow Foundation, a foundation Daphne supports.

“I’m particularly moved by Lady Gaga’s support for the foundation. I like her very much, and it’s lovely to see the nascent beginnings of something that may help other people,” says Daphne to Britain’s Associated Press via AOL Music.

Yes, the singer definitely loves helping people, but she also loves wearing Alexander McQueen, as this isn’t the only item she owns from the talented late designer.

Let’s start from the beginning, shall we?

In her 2009 music video for “Bad Romance,” Lady Gaga wore the famous lobster claw heels that showed us her risque fashion side and also demonstrated how creative and unique Alexander’s designs were. That same year, she accepted the MTV award for Best New Artist wearing a red lace dress with matching face mask and crown. In 2011, while at the Bambi Awards in Germany, the mega pop star wore a gown that blended elegant and edgy with a white feathery bottom and a golden design on the top.

And these are only a few of the Alexander McQueen creations Lady Gaga has donned. We’re sure she’ll wear his inspired creations whenever she can get her hands on them — even if they’re so last season.