The Kardashians are usually all for trying new and unique things, but it looks like one Kardashian sister isn’t as eager to try a certain something that’s new — especially after witnessing it firsthand! Find out why Kourtney has changed her mind about the method she will use to give birth to her second tot and what changed the reality star’s mind. 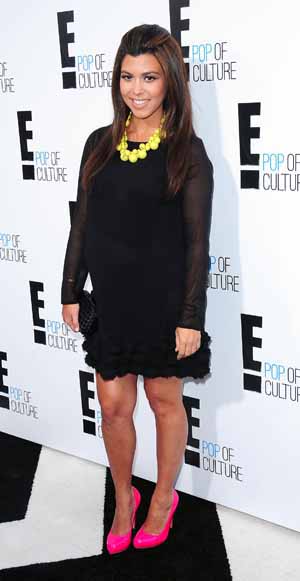 Not every Kardashian sister wants to try something new.

Why the change of heart, Kourtney?

Well, according to the entertainment website, the famous reality sister watched her friend give birth via natural water birth, and though she thought the whole thing was magical, she witnessed her friend screaming the entire time, which made Kourtney feel uneasy about the whole process, even telling her friends the method was “horrific” and “looked brutally painful.”

Maybe it wasn’t such a good idea for Kourtney to sit in and watch, especially if it deterred her from doing what she initially wanted.

But don’t worry; Kourtney is prepared and plans to give birth the old-fashioned way: in a fancy hospital mega-suite, where she will be surrounded by family and friends, no doubt. However, we hope Kourtney doesn’t go through the same hospital drama that Beyonce did when she gave birth to Blue Ivy.

The musician and her husband Jay-Z were rumoured to have rented out the entire maternity floor at the Lenox Hill Hospital in New York, with patrons allegedly not being able to visit their sick relatives and fathers not being able to visit their own newborns. However, this rumour was all cleared up by the hospital executive director, who said in a statement via People that the musical duo did not rent the entire floor and that they had to pay the same fees every other patient housed in the executive suite does.

Hmm… I wonder what kind of chaos Kourtney will cause when she’s admitted to the hospital. In any case, we just hope Kourtney’s delivery is as smooth as possible and that she brings her new baby into the world the way she’s most comfortable with. But it’s probably a good idea that she doesn’t watch anymore births — just until she has her own, anyway.

More on The Kardashians