Big Ben’s name has been changed to Elizabeth Tower in commemoration of Queen Elizabeth’s Diamond Jubilee. We think it’s a lovely idea. The Statue of Liberty, on the other hand… 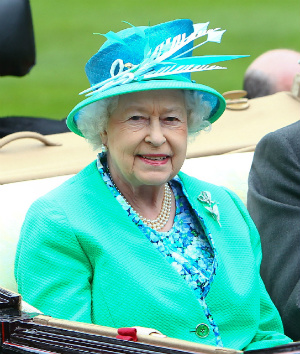 To Whom It May Concern:

My name is Lady Liberty, and I am writing to you from Liberty Island in New York. I trust you’ve heard of me before, given that you are the Bureau of Naming Famous Landmarks and I, of course, am a very well-known landmark. I should state that until now, I have held you in the highest regard and have felt that my identity was kept under the protection of an organization I both trusted and admired. Recent events, however, have sadly led to a rather stark change of heart on my part.

I am speaking, of course, of the recent announcement that Big Ben, that grand structure that has proudly stood watch over London for more than 150 years, is to be renamed Elizabeth Tower in honour of Queen Elizabeth ‘s 60th year on the throne. When I first heard this news, I thought it must be a joke of some kind. Ben and I have known each other for years, and he’s always been something of a prankster. I remember when he once decided to get stuck on 12 o’clock for five straight days, much to the chagrin of Londoners (and the amusement of us landmarks). Soon, though, it was explained to me that this was no trick, but a devastating and insulting truth.

Forgive me, but is it not part of your job to ensure that famous landmarks’ names are maintained for all time? Is it not the greatest of offences to bestow upon one of the world’s most recognized structures a brand new name without so much as a warning? A landmark’s title is as critical to its fame as the structure itself — the very words “Big Ben” hold infinitely more descriptive significance than “London’s famous clock tower.”

Or “Elizabeth Tower,” for that matter. Did you not consider when approving this blasphemy how confused London’s many tourists will be in the coming years? Or how many textbooks will need redistributing after they are revised to include Ben’s new name? I marvel at how the very expenses of this unnecessary change managed to be accepted.

Most important, I take issue with the fact that Big Ben, one of the manliest landmarks I know, will now forever be feminized. I know Ben: He is a noble structure with a great deal of self-pride. How am I to look him in the clock face at the annual Christmas party and call him Elizabeth? It’s humiliating for all of us.

I am certain this Queen Elizabeth is a kind woman, and she certainly deserves a great deal of respect and celebration after 60 years on the throne. But I and my colleagues — from the Eiffel Tower to the Taj Mahal — cannot hide our disappointment on Ben’s behalf. By failing Ben — pardon me, Elizabeth — you, the Bureau of Naming Famous Landmarks, have failed us all.

If you ever permit a new name to be given to me, consider how tall I am and the fact that I am carrying a torch. That is your only warning.

The Statue of Liberty

What do you do with a 10 million pound birthday inheritance?
Walk of Fame: Crowded or just right?
Miley Cyrus busts a move in club