Nora Ephron, one of Hollywood’s most respected writers and directors, has died at the age of 71. We pay our respects to the talented woman by sharing our favourites of her films and discussing what makes us love them so much. 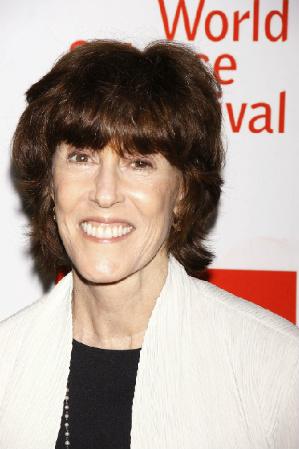 The world just got a little less inspiring. Yesterday Nora Ephron passed away at the age of 71 due to complications from acute myeloid leukemia. One of Hollywood’s most influential writers and directors, Nora made an indelible impression on pop culture and the worlds of entertainment and literature. Her films had a completely distinctive style and were packed with wit, whimsy and honesty. Her writing was sharp and thoughtful and always deeply entertaining. Nora Ephron’s passing strikes a solemn chord with her devoted fans and admirers, including Tom Hanks, Meryl Streep and Meg Ryan; she will be sorely missed.

At a time like this, it is hard not to reflect upon the many gifts Nora Ephron gave us in her many memorable movies. So many moments exist in her films that leave us no choice but to drop everything and watch when one of her movies pops up on TV, even if we’ve already seen it eight times. Thanks to Nora Ephron, no one can walk into a deli without chuckling in remembrance of Meg Ryan’s very satisfying lunch. Nor can anyone encounter a boy at the top of the Empire State Building and not wonder if he’s there to meet his new mother. What’s so special about Nora Ephron’s movies is that while they are unanimously beloved, each person has a different reason for loving them. Below we share with you our favourite Nora Ephron movies and what it is about them we love best.

It’s impossible to watch this movie and not want to immediately move to New York City. But it’s not enticing in that ostentatious, seductive, Sex and the City way. You’ve Got Mail‘s New York is whimsical and bright, full of intelligent people who wear soft turtlenecks and crisp button-down shirts. Nora’s love of literature is obvious in this film, with the written word permeating every crevice of the story, from the ongoing email correspondence between the movie’s stars, to the important role that children’s books play in the unfolding of the plot. Watching this movie is like curling up with a good book by a window on a sunny day; it fills us with the same escapist, cozy warmth. And Meg Ryan is at her very cutest.

In this movie, Nora does for food what she did for writing in You’ve Got Mail. Just watching this film adds at least five pounds to our thighs. We don’t care, though; there’s always room for more when it comes to this delectable movie. Yet while we could watch Julie and Julia make magic in their respective kitchens forever, it’s the moments between the leading ladies and their men that we find most satisfying. The way Stanley Tucci looks at Meryl Streep is what sighs are made of. In true Nora Ephron fashion, we are presented with completely believable relationships between two deeply human couples.

It’s appropriate how connected to An Affair to Remember this movie is, because the way Sleepless in Seattle holds up makes it too a legitimate film classic. Meg Ryan and Tom Hanks are perfect in their roles — Nora Ephron clearly knew what worked when it came to chemistry, even when, for most of the movie, the romantic leads are a nation apart. What we love most about this movie is the fact that it makes us believe in the possibility of something so impossibly romantic ever happening in real life, despite our better judgment telling us the chances are slim to none. And it’s clear Nora Ephron had some faith that somehow, somewhere, two soulmates could eventually meet at the top of the Empire State Building; otherwise, Sleepless in Seattle wouldn’t be the infectiously hopeful, romantic classic that it is.

Where do we even begin? There are too many reasons to love this movie. Each time we watch it, we find golden nuggets we’d never noticed before. When Harry Met Sally, which Nora wrote (Rob Reiner directed) is a master class in script structure. What seems like a film largely made up of meandering, inane conversation is actually a finely crafted piece of writing, in which every exchange serves to deepen relationships and expose characters’ depths. By the end of the movie, when you’re overcome with unexpected emotion, it’s because Nora Ephron’s unassuming words have grabbed a hold of you in a way you didn’t realize. And talk about a quotable script! Practically every line in the movie is memorable, including, of course, the very famous “I’ll have what she’s having.” When Harry Met Sally is not only one of our favourite Nora Ephron films, but it’s one of our favourite films ever.

Keira Knightley is learning how to cook
Is Liam Neeson getting too much action?
Elvis’ crypt will rest in peace