It’s Courtney’s side of the story. The Bachelor winner is reportedly planning to share her world and her experience on reality television, her relationships and everything in between. 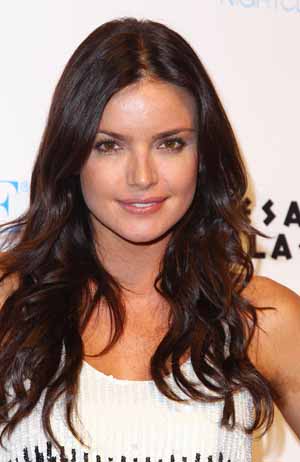 Well, not exactly. But The Bachelor winner, whose devious yet beautiful brown-eyed stare captivated the reality television airways, is reportedly planning to write her own Bachelor tell-all, according to In Touch.

Yes, she may have won the heart — and the ring — from her fiance, Ben Flajnik, but a source says the model was negatively portrayed on the show and wants to share her side of the story.

“She felt like she was portrayed as the villain, so she wants to get her side of the story out there,” says the source to the entertainment magazine. “From the late-night calls from producers telling her exactly how to act and respond, to calls from the production company to talk about her appearing on Bachelor Pad, Dancing with the Stars and The Bachelorette, Courtney wants everyone to know what really goes on behind the scenes of some of Hollywood’s most beloved reality TV shows.”

Hmm… Well, while a Bachelor expose definitely sounds like a juicy read, we’re not so sure the producers of the show will be too happy with Courtney’s revealing their behind-the-scenes secrets and drama. And as far as the 28-year-old’s intention of clearing her much-gossiped-about name, well, it may be too late. I mean, everyone has already watched you on reality TV for over a month, and it’s hard to get your sometimes tricky ways out of our heads.

No word yet on when the book is to come out, but the source says Courtney will respect anyone she mentions by changing names and facts.

But it won’t be all bad stuff about the hit reality dating show. Courtney also plans to write about her other romantic rendezvous with other Hollywood men, including Reese Witherspoon’s now husband, Jim Toth. Um, maybe she should stay away from that one past relationship, though, just to not cause more drama.