The old saying “too much of a good thing”… is highly applicable in this situation. James Cameron is on an Avatar choo-choo train and is planning to make three sequels simultaneously. 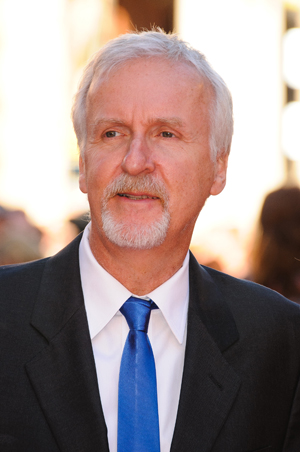 How can you tell if a movie director is losing his marbles? Easy — if he’s making three sequels (to the same film!) at the same time.

James Cameron, the mastermind behind Avatar, is doing precisely that — creating three more Avatar films all at once. So many questions, doubts, fears!

Sigourney Weaver (who is reprising her role as Dr. Grace Augustine) confirmed the triple-action mishegoss in an interview with Showbiz 411 when she stated that all three are on her work schedule.

Oh my… First off, would these be prequels, then, considering Weaver’s character died? Second of all, what? No really, what! We understand the first film made a lot of money — enough to buy a country or two — but what about the plot? It’s possible, albeit unlikely, to create a storyline intricate and engaging enough for all three films, but it’d have to be either fluid (which is impossible, judging from the first film’s end), or James Cameron would have to be a writing genius!

In another frightening revelation, Cameron did confess he has no plans to make any other films anymore.

“I’m in the Avatar business. Period. That’s it. I’m making Avatar 2, Avatar 3, maybe Avatar 4, and I’m not going to produce other people’s movies for them.

“I’m not interested in taking scripts… I think within the Avatar landscape I can say everything I need to say that I think needs to be said, in terms of the state of the world and what I think we need to be doing about it. And doing it in an entertaining way.”

We may have another Star Wars prequel-esque disaster on our hands, ladies and gentleman. Hopefully Cameron will not overshadow Avatar’s success with the failure of its sequels/prequels. Opinions?