It’s never a good idea to get in someone’s personal business, and now Christopher Chaney is learning that the hard way. The celebrity hacker is facing hard times in court for hacking into some well-known celebrities’ email accounts, and now some people want him to pay up for all the drama he’s caused. 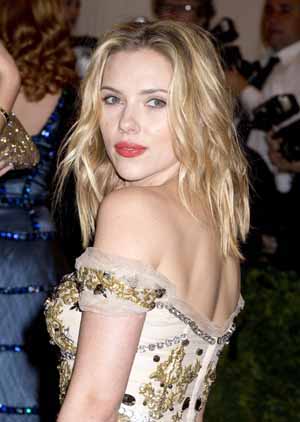 Celebrity hackers, be warned: If you’re going to hack, be prepared to pay up — big time!

That is the clear message after federal prosecuters said the celebrity hacker should pay his victims. According to the Los Angeles Times, the judge suggested that Christopher Chaney pay a total of $150,000 to the celebrities whose email accounts and phones he hacked into.

If you recall, Christopher was the one who leaked private and intimate photos of blonde stunner and actress Scarlett Johansson from her email last year. Scarlett, whose racy topless photo was revealed to the world, told Vanity Fair the photos were for her ex-hubby, actor Ryan Reynolds, and even though she was upset about the incident , she laughed it off and moved on.

Well, even though Scarlett maturely brushed off the incident, it looks like Christopher will probably not be laughing about his possible mega pay-up or the possibility of a 71-month prison sentence, as recommended by the U.S. attorneys. They are suggesting Christopher pay the Avengers star $66,179.46 in compensation.

And it isn’t just one celebrity starlet he will have to pay. Christopher also took naked pictures from The Voice judge Christina Aguilera, with a suggested $7,500 compensation to her, and $76,767.35 to The Secret Life of the American Teenager actress Renee Olstead.

No word yet if Christopher will have to pay Mila Kunis, whose email he also hacked, but we’re pretty sure he won’t be hacking any celebrity emails for a while, and hopefully this new development in the case will give Scarlett some celebrity justice one year later.