The concept of converting a novel into a musical is not a novelty, but this is a big one. Les Miserables is not only iconic, but is backed up by some serious celebrities. Who are they, what’s it all about and will it be any good? 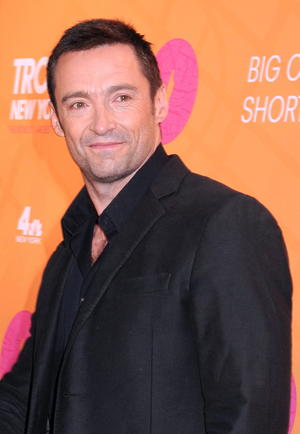 Let’s be honest here: Who isn’t a sucker for a decent musical? No one can possibly resist the power of a jaunty tune or a heart-wrenching contralto dishevelling your very soul…

Gee, I wish there was an excellent musical coming out this year! Oh wait, there is, and it’s called Les Miserables. Oh ma Gawd, where’s that kazoo and those tap shoes?

Sure, it will probably not pick up your spirits, because it’s one of the most tragic stories ever written (thanks, Victor Hugo!). But this 19th century classic French novel turned musical will certainly impress your inner need for rhythmical delight.

The film (as the original novel) spans between the years of 1815 up to the June Revolution in 1832 and is set in France, predominantly Paris (although ironically filmed in merry England). It revolves around Jean Valjean (Hugh Jackman), released from gaol after serving 19 years for stealing bread and for numerous failed escape attempts, and who is on the run from Inspector Javert (Russell Crowe) for breaking his parole.

Valjean’s story becomes even more complicated when he meets Fantine (Anne Hathaway), a destitute, sickly prostitute desperate to support her daughter, Cosette (Amanda Seyfried), who is in love with Marius Pontmercy (Eddie Redmayne). It’s a full house! Sacha Baron Cohen and Helena Bonham Carter also appear in the film as the cruel Monsieur and Madame Thenardier.

Is anyone else impressed that all these people can sing?

Hugh Jackman was not that surprised when asked whose vocal abilities stunned him the most; unlike us, he did not choose Russell Crowe.

“Oh, I knew [Russell Crowe] could sing. He’s fantastic,” the actor told Vanity Fair. “Eddie Redmayne is going to blow people away. I mean, everybody.”

Oh, Eddie! The red-headed, perfectly freckled little Adonis who first blew away us in Elizabeth: The Golden Age and then Pillars of the Earth. Is it possible to be even more excited to see the film?

Plus, Les Miserables is a perfect excuse for those of us who are French-Canadian to pronounce the names with perfect execution and criticize the actors for their lack of French-ness. Oui?

To conclude, we leave you with the wondrous trailer for the film, slated for release December 14. Opinions?