We did not see this coming. Billy Ray Cyrus is making his big Broadway debut in the musical Chicago. Let’s hope he won’t be left with an achy breaky heart… 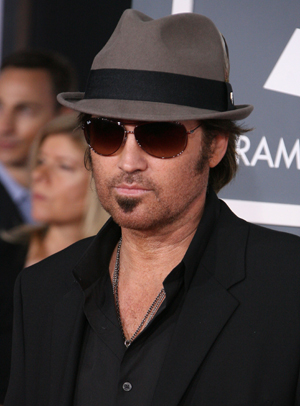 You know how Chicago is one of the greatest musicals ever made? When you think of the character Billy Flynn (manipulating lawyer played by Richard Gere in the 2002 film), your mind naturally gravitates to…

The country singer and former mullet icon is going to be making his Broadway debut at Flynn in the musical. Surpriiise!

Cyrus (and yes, he is Miley‘s father) has signed up to portray the character for a seven-week run starting November 5, so better book those tickets. Billy Ray has shown off his acting chops in the famous Disney child Hannah Montana and several Lifetime films. But Broadway may need just a bit more pizzazz, yes?

So, initial thoughts? Billy Ray Cyrus as the scheming, sexy lawyer Flynn? Maybe if he just gets rid of that ghastly facial hair and stops clenching his jaw…

Miley Cyrus is engaged to Liam Hemsworth!
Miley Cyrus “works out” twice, accused of fitness obsession
Miley Cyrus on sex: “It is magic”