It’s been only a year since Selena Gomez released a track, but she’s already itching to get back behind the mic. The actress is gearing up to get a new album in the works, and it’s getting personal. 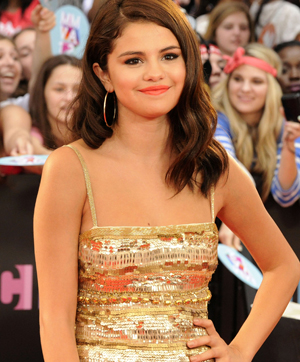 Our home girl, Selena Gomez, has been making films faster than Rihanna puts out singles, but the young actress has decided to slow it down to focus on her other passion: music.

Gomez is planning to return to the studio to work on her fourth album (holy ****! She’s only 19!), and this time, she’s putting her soul into it.

“I think this is going to be the biggest one for me personally,” Gomez stated at a press conference for Hotel Transylvania. “I want to be able to write about things I’ve never talked about before and tell a story with this album, because I’ve never actually had time to go in and do that. I’ve never worked on a song for more than two days.”

Ay, that only reassures you of the quality of Gomez’s previous albums… Nonetheless, unfortunately Selena is not going to sharesies about her love with Justin Bieber. How personal can it be, then? C’mon, girl!

“It’s going to be more of something that people could say, ‘It could be that or it could be this or it could that.’ At the end of the day, I only make my music because I want it [to] be really fun, and if I could have people dance to it, relate to it, have a good time, that’s all I want.”

That’s a tall order… If someone is shaking their booty to a song, we’re quite certain they’re not really listening to the lyrics — or even thinking. Can someone explain how a dance song can be personal? Unless it’s about dancing, of course.

What do you think? Are you excited to see Selena back on the music scene?

Selena Gomez: “I was never popular in school”
Selena Gomez “separates ways for a while” from band
Selena Gomez to travel to Congo on humanitarian mission