It’s every ’90s enthusiast’s dream to see the five girls reunite. For the first time after four years, the Spice Girls are getting together to promote a new musical based on some of their greatest hits, and though they won’t be hitting the stage themselves, the ladies couldn’t be more excited to hear their music onstage again! 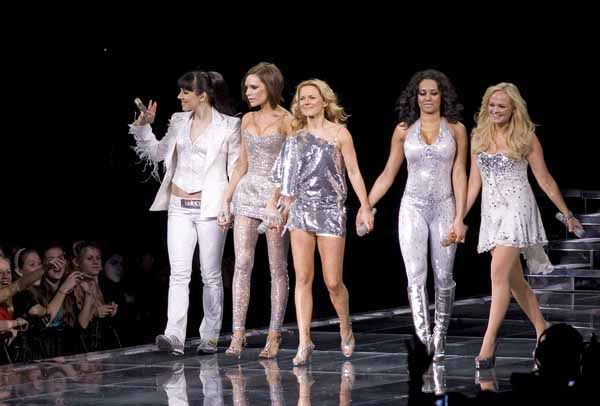 A Spice Girls-inspired musical? I must be dreaming.

But it isn’t a dream; it’s real. The Spice Girls will be live on the Broadway stage. Well, their music will be, anyway.

The five British gals, who rocked everyone’s world in the ’90s and made every little girl believe girl power was real — which I still believe, by the way — returned to London today to announce the musical Viva Forever!, which will feature the girls’ best songs.

The musical won’t solely focus on the Spice Girls themselves. Instead, the official website says the storyline is about a girl and her life as she follows her dreams “into the world of overnight celebrity.”

Yes, it may sound like the premise for every reality show featuring contestants wanting their 15 minutes of fame, but the good part about this show is that the characters will be singing too!

“Spice up your life with this exhilarating and irresistibly funny tale of love, loyalty and romance,” reads the statement on the Viva Forever!‘s website. “An original story of our times, inspired by the songs of the Spice Girls, VIVA FOREVER! hits all the high notes for a fabulous feel-good night out.”

No word on which songs the cast of the musical will be singing, but we suggest “Wannabe,” “Spice Up Your Life” and “Stop” — just to start off with.

And even though the ladies themselves won’t be onstage performing, they were good sports about other singers singing their major hits, with Melanie B. (a.k.a. Scary) even giving them kudos for taking on the musical challenge.

“[They] sing our songs better than us…”

Don’t worry, Mel. No one can ever compare to you guys. No one.