Phew! That was a close one. The crypt that once held Elvis Presley’s body will not go up for sale after all. The fans demand it be preserved. 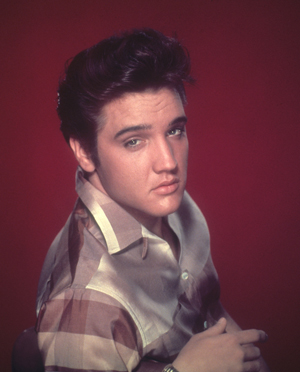 Well, what goes up must come down. The old phrase is particularly fitting for an auction…

In May it was announced that the crypt that once held Elvis Presley‘s body would be auctioned off this month. Well, that ain’t happenin’.

The crypt that housed Presley’s body for two months in 1977 before it was transferred to Graceland was supposed to be auctioned off with an interment deal for one lucky Elvis fan, with a starting bid at $100,000.

According to Julien’s Auctions, due to worldwide demand for the crypt to be preserved as a shrine to the late rock ‘n’ roll legend, the company has pulled the plug on the auction to explore other options “while respecting and preserving the memory of Elvis Presley.”

What does that mean? No clue whatsoever. But we are glad the tomb is not for sale; there’s just something horribly bizarre about one wanting to rest in peace in Elvis’ former crypt, no?