There is nothing worse than getting caught up in a web of your own lies — and Flo Rida now understands this firsthand. The rapper, who is in the middle of a work-related lawsuit, has made matters slightly worse for himself after lying to a judge and getting fined a hefty sum. 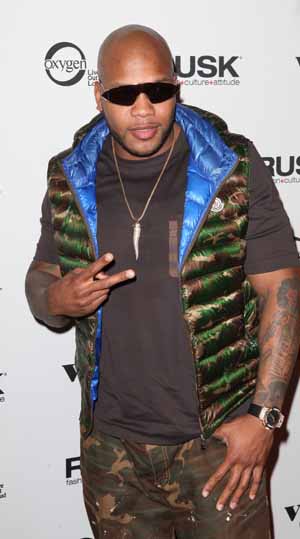 Looks like things aren’t flowing too smoothly for Flo Rida.

The “Wild Ones” artist is caught up in a spiralling web of legal woes that seem to get more tangled every day. If you haven’t already heard, the rapper is currently being sued by a former assistant who claims the singer duped her out of a proper paycheque. Earlier this month, TMZ reported that Mahogany Miller was suing Flo Rida for making her work long, 65-hour workweeks at only $3.08 per hour to be his administrative assistant.

Yes, you read right: only $3.08 per hour. If this is true, we can’t help but wonder how much Flo Rida makes for his performances.

Regardless, the lawsuit is ongoing, and while the muscular 32-year-old singer was probably hoping to not pay anything when it comes to this case, he is now being charged for lying to the judge about being served the suit.

According to the entertainment website, Flo apparently told the judge the papers went to someone else named Stephany Nelson, and that was why he didn’t respond to the suit. However, the judge found out Flo lied and that Stephany actually works for him, which angered the judge and which is now costing Flo $7,000 in attorney fees for Mahogany’s lawyers.

That was probably not the outcome Flo was hoping for, and we recommend he only tells the truth from now on — or it will cost him even more.