It’s a battle between the sexy male strippers and former-stripper-now-actor, after claims that Channing stole the movie plot line and sexy moves from his past position, and now the actor is finally addressing the rumours, saying they are nothing but false. 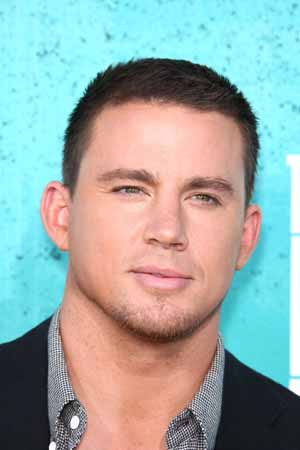 Channing Tatum‘s sexy moves are all his own.

The Magic Mike star, who makes every woman’s fantasy come true in his new stripper film with fellow actor Matthew McConaughey, is finally speaking up about the accusations against him that claim he stole his sexy stripper dance moves and based the plot line of the movie on his former fellow stripper dancers.

If you haven’t been caught up with this sexy case, here’s a quick recap: Prior to his stint as a drool-worthy actor, Channing worked briefly as a stripper in Tampa, Florida, with male strippers Thomas “Awesome” Austin and London Steele. Well, now Thomas and London are claiming the sexy new movie is based on their lives and told TMZ they felt “betrayed” by Channing, who ripped them off by plagiarizing their lives as well as taking a special stripper move called “the hot seat” and using it in the movie.

For a while Channing didn’t respond to the allegations, but I guess he couldn’t hold his tongue for much longer, because he finally spoke out about the claims at a press conference for the movie — and he didn’t mince his words.

“Those guys have been trying to make money off of me since I got into this business,” says Channing at the conference, according to The Hollywood Reporter. “There’s not one character that I took from my real life. This is just a world that I went into and I had a perspective on. And we created everything from a fictional place.”

See, fellas? It’s just a coincidence. The attractive star of The Vow also noted that if there is any similarity to anyone’s life in the movie, it is his own, based on his experiences after dropping out of college.

“Look, there’s nothing that’s factual in this whole movie other than that I was an 18-year-old kid and went into this world and I dropped out of college from playing football and was living on my sister’s couch,” says Channing.

It’s too bad Channing’s former colleagues couldn’t be involved, since the more male strippers in the movie would have probably made it even better! But the 32-year-old hunk has no hard feelings toward Thomas or London — so much so that he actually indirectly praises them for being a part of his world at one time.

“They’re very interesting, intriguing and bizarre characters, and I’m thankful for weird people out there. They’re some of the most creative people.”