The 2013 Hollywood Walk of Fame inductees — about two dozen of them — have been released upon the world. Is the Walk of Fame becoming overpopulated? 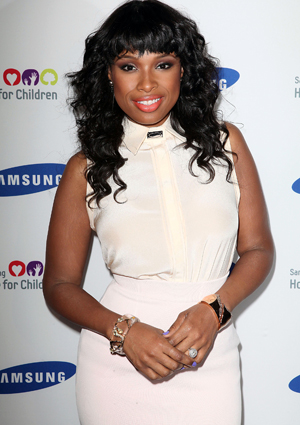 The Hollywood Walk of Fame is about to look a wee bit more crowded with the addition of the 2013 inductees.

The Backstreet Boys, Jennifer Hudson, Helen Mirren and James Franco are just some of the celebrities to receive a star on the famous Hollywood landmark in 2013.

Yes. According to the Hollywood Chamber of Commerce, they are inducting a total of 24 celebrities next year. Other big names are Javier Bardem, Viola Davis, Jane Lynch, Ellen DeGeneres, Matthew Perry, New Kids on the Block, Janis Joplin, Usher…

And then your Uncle Joe, the whole cast of Hey Arnold!, that ruddy cat who lives in a tree down the street and everyone else in the world.

If all celebrities are on the Hollywood Walk of Fame, what’s so special about it? It’s like a physical, pavement Facebook for famous people. And it’s clearly not based on achievement or contribution to one’s craft, but mostly on who’s not inducted yet.

We love us some New Kids on the Block, but really? Jennifer Hudson has been in two critically acclaimed films and then 50 Weight Watchers commercials. Jane Lynch did Glee. Now, we’re not downplaying these celebrities’ achievements, but they do seem like one-hit wonders… Shouldn’t their success resume be a little more flush?

Maybe that’s why we’re not the ones deciding… But really, in five years’ time, who’s going to be left to induct? That guy from the ShamWow infomercials?