What? Alex Trebek, long-time host of Jeopardy!, was admitted to hospital in L.A. after suffering what appears to have been a mild heart attack. 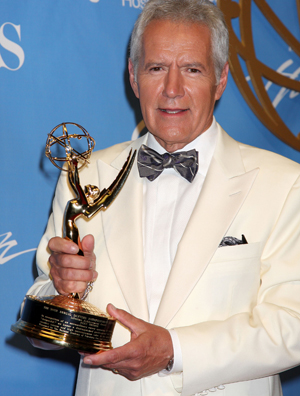 This certainly puts a new spin on Jeopardy!

The show’s host, Alex Trebek, was hospitalized on Saturday in Los Angeles after suffering a mild heart attack.

The 71-year-old television host was admitted to Cedars-Sinai Medical Center but is expected to fully recover and return to the production of Jeopardy! next month.

The Sudbury-native has been hosting the show for 28 years and was in the hospital when Jeopardy! won a Daytime Emmy award for Best Game Show.

Can you say trooper? The man is 71 years old — the fact that he will fully recover and jump back into the game (literally) is commendable. Not an ego boost for all us lazies out there, but we can applaud it from a distance, right?

We are glad to hear the man with all the answers is coming back as strong as ever. Godspeed!