Finally it has happened! Reese Witherspoon has revealed she is expecting a new baby and says she couldn’t be more excited, despite the weird food cravings. 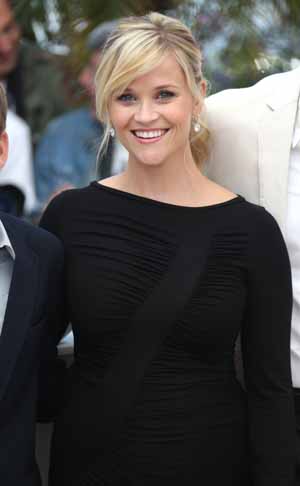 The Legally Blonde star confirmed her pregnancy this weekend in Chicago while at An Evening with Reese Witherspoon summer gala, where she received a Renaissance Award. She shared the news the way most pregnant women do: with the utmost honesty about how she was feeling at the moment.

“I’m feeling very round tonight,” says Reese in response to a reporter’s question at the event’s Q & A, according to the Chicago Sun-Times.

Reese, who is pregnant with her third child and first with husband Jim Toth, spoke about her urge to eat at the gala and also openly revealed that she is “very excited” about the arrival of her new tot.

I think fans of the talented 36-year-old actress are as overjoyed as we are to hear Reese finally confirm the news, and we knew her food cravings would potentially get the best of her.

Rumours and speculation of the Election star being pregnant began earlier this year when the actress was spotted with a cute little baby bump — something Reese is now showing without hesitation. The humble Oscar winner already has two children: daughter Ava, 12 and son Deacon, 8, with ex-husband Ryan Phillippe, and now her third baby is due at the end of summer or early fall.

Reese isn’t the only celebrity soon-to-be mom to recently spill the details about her pregnancy. The long-awaited confirmation from Hollywood darling Drew Barrymore finally came earlier this month when she married fiance Will Kopelman and the two revealed to People that they are expecting their first child together.

Wonder who’s going to pop first? Well, ladies, the race is on!