This is understandable. After being shaken up by the deadly stage collapse in Toronto, Radiohead has postponed its tour to recover. 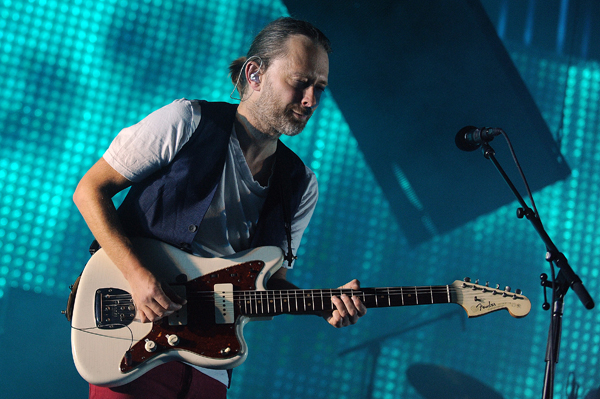 Where’s karma police when you need them?

Unfortunately, to put more salt in their wounds, the band was forced to reschedule a portion of its European tour. Not only are the band members in “grief and shock ensuing from this terrible accident,” but also a large portion of their equipment and the entire light show was destroyed in the stage collapse. The band stated it will take at least several weeks to replace the lost tour necessities.

Radiohead is planning to resume the tour on July 10 in Nimes, France.

The Ontario Ministry of Labour has yet to determine the cause of the collapse that killed Johnson and injured three others. The stage collapsed last Saturday at a sold-out concert in Toronto’s north end; it was a sunny day with light winds, so weather was not a factor.

This is not the first time a concert stage has broken down (anyone remember Sugarland’s Indiana concert?) Perhaps the safety standards at such enterprises need to be at their strictest. In many cases the proper precautions are not taken for the sake of a more elaborate and extravagant show, which subsequently endangers the musicians and patrons alike. Just something to think about…

Our condolences go out to the family of the victim, and we wish full recovery to the injured. Hopefully things will only pick up from here. Opinions?