Looks like Chris and Drake got more people involved in the club fight than they wanted to. Now NBA basketball player Tony Parker is suing the club after suffering an injury to his eye, which is preventing him from playing the game he loves. 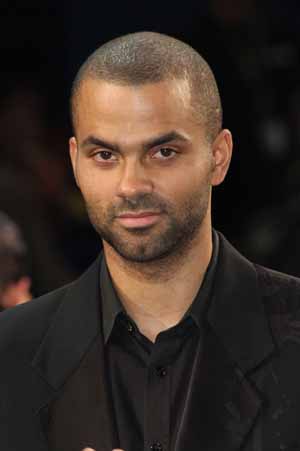 Tony Parker isn’t too pleased about getting caught up in the Chris Brown and Drake club brawl drama, and he wants the club to pay up — big time.

The NBA player and ex-husband of Eva Longoria has filed a $20 million lawsuit against WiP nightclub after unwittingly getting caught up in the two musicians’ battle last week. According to New York Post, Tony decided to take legal action after he suffered “corneal laceration of his left eye” from the intense fight, which took place in the VIP section of the club.

“I’ll be missing the start of the French team because I can’t do anything for a week except keep the lens in and then take drops,” says Tony according to the New York Post about missing the first week of playing with the French national summer games team.

Tony’s lawyer, David Jaroslawicz, told the newspaper that the club is to blame for what happened because it encouraged the fight by reportedly sending over a bottle to Chris Brown, compliments of Drake, with a note saying, “I am f****** the love of your life.” David also says that although Drake, Chris Brown and Rihanna are not part of this lawsuit personally, the stunning Barbadian beauty has been known to stir up drama, and he compares her to “Helen of Troy.”

Not sure if that’s a compliment or a diss to Rihanna for having the ability to start all this ruckus because of her desirability, but one thing’s for sure: This fight has caused more trouble than first thought, as Tony wasn’t the only other person affected by it. Three other women were injured, including Austrialian tourist Hollie C., who told TMZ she was hit in the head by a flying bottle which resulted in her receiving 16 stitches.

“I immediately started to bleed and proceeded to fall in and out of consciousness,” says Hollie to the entertainment website.

Model and club-goer Ingrid Gutierrez told the police she’s planning to sue the club after suffering a gash on her head from a thrown bottle, which she said was caused by Drake and his crew, not Chris Brown.

“I think Drake’s entourage are cowards for throwing bottles at girls. I’ve lost all respect for Drake. Chris Brown acted like a gentleman to all the girls there. Chris tried to protect me and my friend.”

A musical love tirangle? Chris and Drake’s crew get in brawl
Celebrity Legal: Drake caught up in missing Rolex lawsuit
What really went down between Drake and Chris Brown?