Now that Charlie Sheen’s position as Hollywood’s reigning unhinged middle-aged male celebrity has been vacated, the search is on for the next candidate. Based on his recent behaviour, we think Alec Baldwin is the perfect fit. And we suspect Charlie does too. 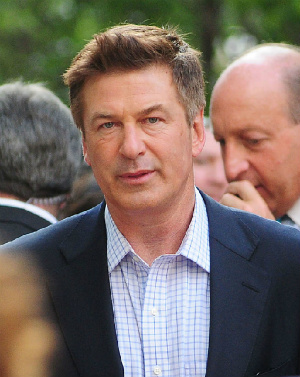 Let me begin by saying what a huge fan I am of your work. Not only have you, the successful Baldwin, sustained an impressive acting career for many years, but you have also managed to increase your cultural relevance as you’ve aged — an achievement you share only with Betty White and a handful of other celebrities.

As you know, I recently vacated my posting as Hollywood’s reigning unhinged middle-aged male celebrity after I publicly apologized for my erratic behaviour last year. I have since moved on to starring in a new TV show, Anger Management, and it was recently announced that I’ll be playing the president in the sequel to Robert Rodriguez’s film Machete. Since stepping down from my position, I have been in search of a suitable replacement: someone who is admired by the public, but who has displayed some questionable behaviour in the past; someone whose total loss of control and public meltdown would be both traumatizing yet mesmerizing to witness. Someone, Alec, like you.

I’ve been watching you closely for some time. Ever since you were thrown off your flight for playing Words with Friends on your phone and then let loose about it on Twitter, I knew you were a promising candidate. I was almost certain your recent incident with that pesky stalker would be cause enough for you to fly off the handle and earn my former title, but I was mistaken: You handled that problem so well that I began to question my initial instinct about you.

Lately, though, my faith in you has been restored. In an impressive series of some of the most unpredictable behaviour by a TV actor since, well, me, you have managed to intentionally injure a paparazzo, run over a journalist’s foot as you rode away from her on your bicycle, walk the streets of New York covered in a white sheet and drop your pants on the Late Show with David Letterman. After observing these incidences and seeing you are more than up to the task, I would like to officially offer you the position of Hollywood’s new reigning unhinged middle-aged male celebrity.

It is important that you recognize I am not looking for someone who will simply recreate what I did when I filled the role. This title demands a rare brand of instability, yes, but part of what makes it such a difficult position to succeed in is the amount of creativity required. For example, during my meltdown, I introduced key neologisms into pop culture’s vernacular — “winning,” “troll” and “warlock” — which will forever be associated with my name. I also thought to benefit financially from my new infamy by putting together a multi-city touring show that showcased how unstable I truly was (people may have hated it and demanded their money back, but I sure got to ride around on a bus). It was these strokes of genius — and many others — that helped crystalize my position as Hollywood’s most unhinged middle-aged male celebrity.

I encourage you, Alec, now that I bestow the title upon you, to begin thinking about how you might bring your own personal touch to your new role. You are off to a tremendous start — dropping your pants on national television is something I wish I’d thought of — and I have no doubt you will be able to come up with even more shocking ideas. I look forward to what you come up with in the coming weeks. Be sure to never let public criticism break your determination: people will say some nasty things about you on a regular basis; it’s best to just let it fuel the fire and give them an even more bizarre show.

A final word of advice: Stay the hell away from my angels, you warlock-loving troll. They’re not part of the deal. Got it?

So long, farewell: Charlie Sheen planning to retire
What do you do with a 10 million pound birthday inheritance?
Uh-oh! Channing Tatum accused of fraud by stripper buddies