For his 30th birthday, Prince William has inherited 10 million pounds from his late mother, Princess Diana. We know he must be having trouble trying to figure out what to do with all that money, so we offer him some suggestions! 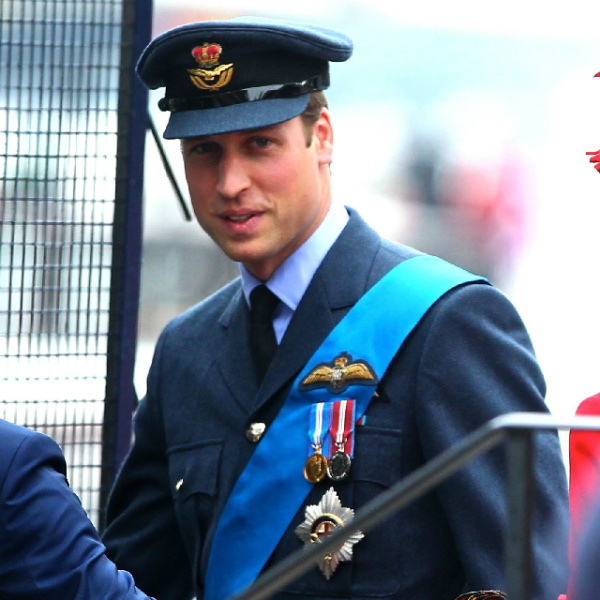 Princes grow up so fast, don’t they? Today, June 21, marks Prince William‘s 30th birthday. We can all agree that his 20s were pretty monumental, what with falling in love and then marrying his beautiful wife, Kate, in front of the entire world, but we have a feeling that fourth decade will bring even more excitement. He’s off to a pretty decent start, anyway: Prince William will be receiving 10 million pounds today, a sum set aside by his late mother, Princess Diana, to be granted the day her elder son turned 30.

Happy birthday indeed. But now comes the trouble of trying to figure out what to do with all this extra money. Surely he can’t add it to the pile he sleeps on, which must already be too high as it is. There has been some speculation that he and Kate will be putting the inheritance toward the building of a new home, but that hasn’t been verified. We don’t envy Wills in his excessively fortunate position. The future king of England has more money than he could possibly ever know what to do with.

Fear not, Wills. We’ve got some suggestions we think will help make the decision process a lot easier. And by the way, we take a 10 per cent commission (which may also be paid in the form of your brother).

Drop the money from your plane

Forget your lame search and rescue career with the Royal Air Force. If you really want to put your pilot skills to good use, fly your plane over the whole of England, and sprinkle your inheritance across the land. Think of how popular you’d be — without question, the most popular royal who ever lived. And while you’re up there, think about taking a jaunt over the Atlantic and spreading some of that uncommon wealth with your Commonwealth Canadian friends. Be sure to avoid dropping coins from the sky at the risk of killing people.

Invest in some top-notch hair plugs

Listen, we really love you, Wills. We think you’re a sweet, gentlemanly young man who treats women with the utmost respect. But at only 30, you should be enjoying some of the best hair days of your life. With 10 million pounds, you could get the best hair transplant artist the world has to offer. Imagine the resilient, flowing, golden locks that would crown your royal head as you struggle to keep rogue strands from falling into your eyes. No one would judge you for getting the surgery; we all think it’s a mighty shame your once beautiful hair is now a faint memory. Your mom left you a 10 million pound inheritance; couldn’t you have inherited something a little more forgiving than premature hair loss from your dad?

We know it’s probably tricky to coordinate everyone’s schedules, but we think it’d be super cute if you and the family took a trip to the Happiest Place on Earth. Of course, we recommend you buy the park out. That way all you royals can enjoy Space Mountain and It’s A Small World without having to wait in those ridiculous lines. We’re expecting you to go full tourist on this, Wills. That means everyone in Mickey ears with their names embroidered on the back, pictures with Mickey and all his friends and an autograph book signed by all the park’s classic Disney characters.

Take Kate on the longest date of her life

What you two do is completely up to you. All we recommend is that you spend every last penny. Take as long as you need — a month, a year, a weekend — but make it a date she’ll never forget. This suggestion comes to you from desperate — er, romantic — women everywhere who live vicariously through your real-life fairy-tale marriage.

Kristen Stewart is the highest-earning actress!
Gabriel gets Halle Berry to dish out $20,000 for child support
BBC supporting an art channel pilot