Halle probably isn’t too pleased with this outcome in her ongoing child custody case. The actress has been ordered to pay a large sum of money in child support to her ex-husband, and now he wants her to stay in L.A. 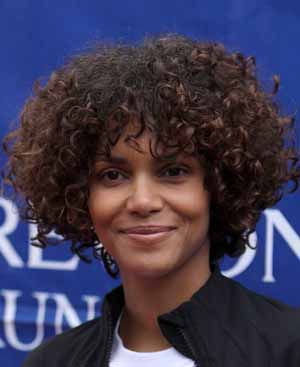 Looks like Halle Berry has to pay up — big time.

The Catwoman actress has been ordered by the court to pay $20,000 monthly in child support to her baby’s daddy, Gabriel Aubry, according to TMZ.

The actress and Gabriel have been in a constant public custody battle over their 4-year-old daughter, Nahla, and now that Halle is expected to pay up, the Canadian-born model is now moving on to the next dilemma of their saga by trying to convince her to stay in Los Angeles.

“Gabriel’s lawyers will discuss the idea of Halle moving to Malibu permanently at the custody trial,” says a source to RadarOnline.

Apparently ever since Halle piped up about possibly relocating to France with her and Gabriel’s tot and her soon-to-be husband, Olivier Martinez, Gabriel has been pulling out all the stops to prevent the move. The 45-year-old Oscar winner mentioned she wanted to live in France because she and her daughter would be safer from the paparazzi, who have been constantly hounding Halle’s daughter at school and everywhere else too.

“There is a gated community in Malibu that Halle could buy a house at if she wanted an extra layer of security. Gabe wants Nahla to have as normal a childhood as possible and thinks Nahla could even go to public school in Malibu,” says the source to the entertainment website. “Moving to another country to get away from them doesn’t make sense to Gabriel.”

Well, there doesn’t seem to be an end to this saga, but we can only hope Halle and Gabriel figure this whole thing out for the sake of Nahla.

The next custody trial takes place in a couple of weeks, so I guess only time will tell what will happen next. Waiting for round two…