Jessica Simpson is one busy mommy. The fashion mentor, entrepreneur and entertainer has had her hands full ever since giving birth to her daughter last month, and is now even more busy trying to slim down for her Weight Watchers campaign, which has some of the celebrity’s friends worried over how much she is pushing herself. 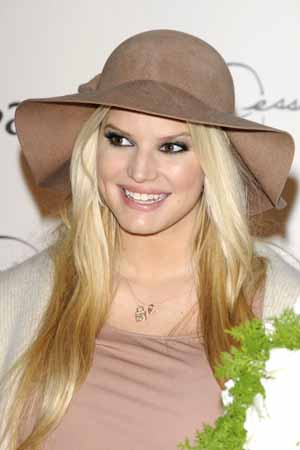 Watch out, people: Jessica Simpson is a lean, mean fighting machine and is going full force to lose her baby weight!

After giving birth to her adorable tot Maxwell Drew last month, the singer has reportedly been working out constantly to lose the extra pounds, but the process has unfortunately been causing the Fashion Star mentor a little stress. In Touch magazine claims Jessica, who has been pushing herself to exercise to slim down from 210 pounds and reach her goal of 130 pounds, is facing a few emotional roadblocks.

“She’s so emotional,” says a friend of Jessica to In Touch. “She doesn’t want to leave her baby. Sometimes she just starts crying. It’s hard for her.”

How sad. It must be really difficult for Jessica to leave her newborn daughter to go work out, but since making a $4 million deal with Weight Watchers to shed the pounds, the new mom has to keep her word, and her friend says Jessica isn’t just losing the weight just for herself, but also her daughter.

“Jessica wants to set a good example for Maxi. She wants to teach her daughter to have a healthy lifestyle.”

And the 31-year-old entrepreneur is trying to stick to her word of eating right, so much so that another source close to Jessica told Us Weekly she was ditching fast food, and in November, Jessica said on her Facebook page that she couldn’t wait to start the Weight Watchers program, because it will help her achieve her old body weight while eating right.

“The cool thing about the program is that it focuses on healthy habits for the long term (and I can still indulge in my guilty pleasures every now and then too).”