The British Broadcasting Company is working with Arts Council England to develop an arts television channel in an effort to promote and support the creative community. Yay or nay? 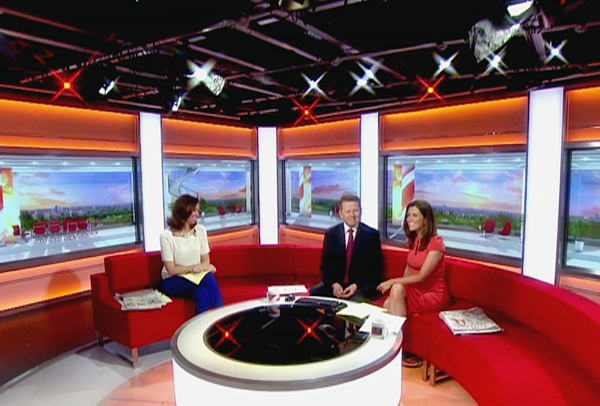 Those Brits are full of ideas, aren’t they? The Canadian government should take note.

The Arts Council unveiled its pilot project (and possible model for the future channel), called The Space, on May 1, but at the moment it’s online only. The website describes the project as “a new way to access and experience all of the arts — for free.”

“Available on computer, tablet, smartphone and connected TV, The Space invites you to take part in the biggest summer of arts the U.K. has ever seen, whenever you want it and wherever you happen to be.

The council hopes this online collaboration with BBC (which provides all the equipment and trains employees) will blossom into a full-fledged, state-subsidized arts television network.

“The Space has a huge potential to make more of the arts available in new ways to new audiences,” said the spokesperson for the Arts Council. “The Arts Council would like to continue, and we’re in active talks with the BBC about the implications and logistics of this, and hope to be able to make this clear before the current pilot phase comes to an end… rather than make it a condition of funding, right now we need to illustrate the benefits to arts organizations of willingly embracing the opportunities that digital technology presents.”

The project is brilliant for the arts and something the Canadian government should work on as well. A state-funded channel promoting our art, showcasing performances, advertising local galleries… Not only does it employ artists of many mediums, but it also validates their craft, which unfortunately is very undervalued.

So get out that dusty old pen, or type a quick email to Mr. Harper, and demand a television parade of all things art! After all, even infomercials have their own channel…

E! Entertainment television taking to the Canadian airwaves!
Fashion Television departing in immaculate style
5 Must-see television shows of the past