Jay-Z is used to using his words to express how he feels, except in this case. The famous rapper is in hot water after being served with a lawsuit claiming his personal memoir is not so personal after all.

Related story Beyoncé Shared the Sweetest Photo of the Inspiration Behind Her ‘Renaissance’ Album: Her Kids 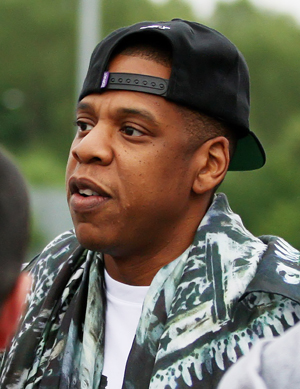 Looks like this memoir doesn’t have a happy ending.

Rapper mogul Jay-Z , known for his musical originality, has been hit with a lawsuit claiming his memoir, Decoded, contains stolen material. According to AllHipHop.com, a lawsuit was filed by writer and author Patrick White against Beyonce‘s hubby, claiming his work was stolen from his laptop and was used in the bestselling book.

“In 2009, my personal computer was compromised, resulting in my personal work to be used in Jay-Z’s book Decoded which was released in 2010,” says Patrick in a handwritten lawsuit obtained by the music website.

Yes, this is definitely an odd story, considering a memoir is mostly all personal reflection and thoughts. But Patrick adamantly claims the book, which is supposed to be a collection of Jay-Z’s lyrics and their meanings, is actually a reflection of his writing.

“The book contains various expressions/colors/phrases, which correlates to my work,” says Patrick.

Neither Jay-Z nor the publishing company or co-author, Dream Hampton, have commented on the lawsuit, even thought Patrick has reached out to them, but it’s probably safe to say Jay-Z will want to resolve this legal drama ASAP. Oh, and next time, he’ll probably want to write and proofread everything in his next book, just to be safe.