He’s had a good run. Charlie Sheen states he has no plans to continue acting after Anger Management runs its course. The age of Sheen is coming to a close. 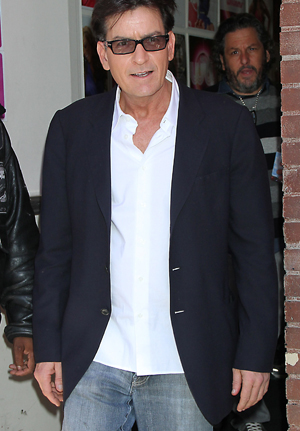 Of late, Charlie Sheen has become Hollywood’s crazy Uncle Bert, who drinks too much, roasts pigeons in the living room, blurts out nonsense and is unwelcome at your daughter’s ballet recital because it’s at a “prestigious” establishment.

But all good things must come to an end, and thus, we must announce that the actor is looking to retire in the near future.

“When I’m done with this business, it’s just going to be about soccer games and amusement parks. And when [Anger Management] ends, I’m done. This is my swan song,” Sheen stated.

This is definitely not as tragic as perhaps intended, but nonetheless, what is Hollywood sans Charlie Sheen and his mishegoss? It’s like a dance club without the alcohol or bingo nights without seniors.

Maybe Sheen will have time to focus on his five children (remember those?), write a book, learn how to pilot an airplane, get arrested for indecent exposure… The world is full of possibilities.

How do you feel about Sheen’s retirement?