Fresh news in the stripper world: Channing Tatum is accused of fraud by his former stripper colleagues for not involving them in the making of Magic Mike. 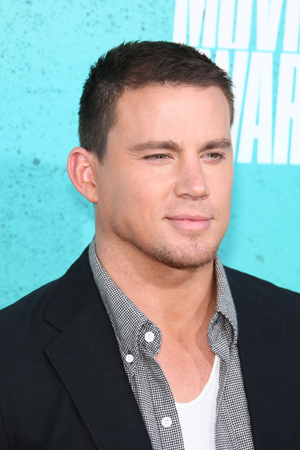 This is a story of a man that could… An underdog story, really. A man from the South, a natural athlete, who had to make ends meet by working as a stripper under the pseudonym “Chan Crawford” before being discovered by a model scout and becoming an acting superstar.

Who is this mystery man?

Channing Tatum — le surprise. The actor and star of the new buzz-worthy film Magic Mike obviously had to dip into life experience for his role (he fed the idea to director Steven Soderbergh). In the movie, Tatum plays stripper “Magic Mike,” who’s trying to find a life outside the nekkid-dancer world whilst teaching his protege, “The Kid” (Alex Pettyfer), the ropes of the business, all under the watchful eye of the club proprietor, Dallas (Matthew McConaughey).

Now Tatum is receiving some criticism from his former stripper buddies for not involving them in the filmmaking process but using their stories for inspiration.

“He and his former male dance buddies are like a ‘brotherhood,’ and while they’re happy for Channing’s success, they feel betrayed by the actor for not involving any of them in the film,” Tatum’s former co-worker, Thomas “Awesome” Austin, told TMZ.

According to Austin, the name “Magic Mike” was made up by him for another dancer, and the multitude of stories included in the film were borrowed (without permission) from Tatum’s fellow stripper friends, since the actor worked as a male dancer for only four months.

Well, Tatum is a smart man who’s tapping into the female demographic from an innovative angle. If these allegations are true, then from a moral standpoint, he’s a slimy jerk. But legally there’s nothing his former stripper buddies can do. Unless the names used are trademarked or their life stories published, Channing is as clean as a whistle.

We think this fight should be resolved with a friendly stripper dance-off, properly documented with an HD camera and posted on a social website for public observation… No?

But just to make sure our judgment is up to par, let us view the Magic Mike trailer for any wrongdoing on Tatum’s part…