Well, this is a new one. In an obvious effort to save on legal fees, Lindsay Lohan was prohibited from driving whilst filming the Elizabeth Taylor film. 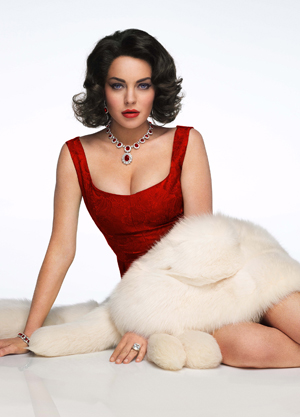 Lindsay Lohan is a busy gal: She’s been filming an Elizabeth Taylor biopic, passing out in her hotel room and, of course, crashing cars…

Last week, the actress crashed her bootiful Porsche on the Pacific Coast Highway, but it turns out she wasn’t even supposed to be driving.

According to reports, Lohan was banned from driving during the filming of Liz & Dick by an insurance company hired by the production. The ban was taken as a precautionary measure, given the multitude of car-related accidents (and convictions) Linny-Lins was involved in.

It also happened to be that the production van was close behind Lohan’s car, and its passengers witnessed the accident. That must have really put Lindsay’s acting skills to the test.

No word yet as to what this means for the actress.

Lindsay should just have a left-hand lawyer present at all times, because she’s way too profitable for the judicial branch. Throw in a psychiatrist for good measure.

And for the love of Zeus, someone confiscate her driver’s licence! She’s like a hyper toddler on a lawn mower with that thing.

What do you think? Sharesies.