This is definitely not the news you imagine hearing when talking about Hilary Duff, but unfortunately it’s true. The Hollywood celebrity is facing some legal drama after being sued for an alleged car accident that happened two years ago. 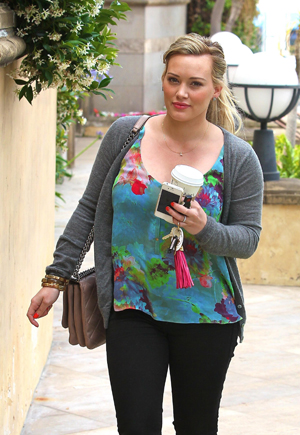 Hilary Duff, in trouble with the law? Say it isn’t so!

The Lizzie McGuire star and new mommy is reportedly facing legal woes, and it’s coming in a form that seems to be hitting a lot of young Hollywood starlets lately. According to TMZ, Hilary was hit with a lawsuit, filed by a driver who claims the young celeb crashed her Range Rover into another car in 2010. Now the plaintiff is suing for damages.

The plaintiff, Rachel Owens, claims the Cinderella Story actress caused the accident, and in the lawsuit, she says she endured “great mental, physical and nervous pain and suffering.”

Well, we can’t speak for Hilary, but we’re sure she didn’t mean to cause the fender-bender, especially one that would show up two years later. But lately the tale of the drama between young celebrity stars and their cars has been in full force.

Just last month, Amanda Bynes was on the drama radar after being accused of another hit and run — her second one this year. The actress was so desperate to clear her name when it comes to drinking and driving that she even tweeted President Barack Obama to fire the cop who arrested her and dismiss her DUI case! Unfortunately the president didn’t respond, and Amanda is still in the process of dealing with the whole ordeal, which has even got her friends worried.

“The real concern among her friends is Amanda’s state of mind,” says a source to New York Post’s Page Six. “She doesn’t seem to grasp the severity of the situation. She seems out of it.”

Most notably, somewhat reformed Liz & Dick star Lindsay Lohan has had a slew of driving incidents that have caused her a lot of trouble. The most recent is LiLo’s potential big trouble after lying about slamming her Porsche into a truck two weeks ago. Lindsay claims her assistant was driving, but in fact it was her, and police called her out on it. Now cops may charge the actress for lying, which may mean, yup, Lindsay may go back on probation.

Definitely not the year for young celebrity women, that’s for sure.