There must be a fire burning in her heart… Seven-year-old Charlotte was roused from a coma by her mum singing “Rolling in the Deep.” 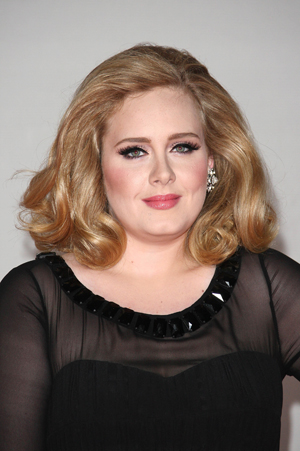 Adele is a lifesaver, and in this case, not in a metaphorical way.

Seven-year-old Charlotte awoke from a week-long coma after hearing her mum sing Adele’s “Rolling in the Deep.”

Charlotte Neve was hospitalized in Leeds following a brain hemorrhage (rare for her age) and slipped into a coma after two life-saving surgeries. The family was told to say their final goodbyes.

Mum Leila climbed into bed with Charlotte for a last cuddle as Adele’s song came on the radio (which they would sing together). She whispered the song to her unconscious daughter, and Charlotte suddenly smiled!

“It’s a miracle. Doctors told me to say goodbye, and I thought I was going to lose my little girl,” Leila told U.K.’s Mirror. “I got into her bed for a cuddle. Then Adele came on the radio, so I started singing it to her, as she loves Adele, and we used to sing that song together.

“Then Charlotte started smiling. I couldn’t believe it. This was the first time she had reacted to anything since the hemorrhage. The nurses were astounded and told me to keep singing. Then she smiled again.

“They said it was like I ‘unlocked her,’ and from that day, she started getting better and better.”

Although little Charlotte is left with partial blindness and memory loss, she is learning how to walk and talk again.

Now there’s a miracle for you. Behold, the powaa of music!

Adele is “total opposite” of her songs, tells Vogue
Adele clears up rumours about new relationship
Adele on collaborating with Beyonce: “I adore her”