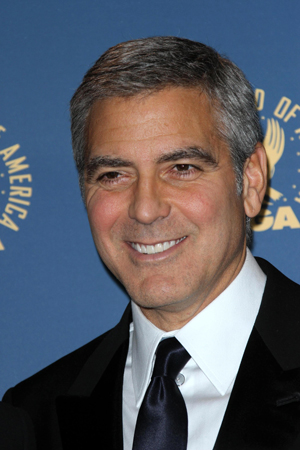 George Clooney and Grant Heslov have signed on as producers in a new film starring Meryl Streep and Julia Roberts called August: Osage County (based on the award-winning comedic-drama play by Tracy Letts).

Oh ma gawd. Meryl Streep and Julia Roberts in one film — mother, may I? Someone in the casting department is a genius! The actresses will play the lead characters, mother and daughter Violet and Barbara.

The film is being made by The Weinstein Company (run by Bob and Harvey Weinstein, of course) and will be directed by John Wells.

“Grant and I are thrilled to work on this project. It’s already a great cast and great material, and I can’t think of anyone better than Harvey to put this all together. And we’re particularly excited to work with our dear friend John Wells. It’s such a terrific group, and we feel honoured to help bring it to the screen,” Clooney said in an issued statement.

The shooting is scheduled to begin in the autumn. Well, Clooney did an amazing job producing The Ides of March, and Streep and Roberts both have Oscars. This is a winning formula, no?