Emily Maynard and the eight remaining men jet off to Croatia for tonight’s episode of The Bachelorette. Emily is forced to make some tough — and occasionally, unheard of — decisions to whittle her contestants down from eight to six. 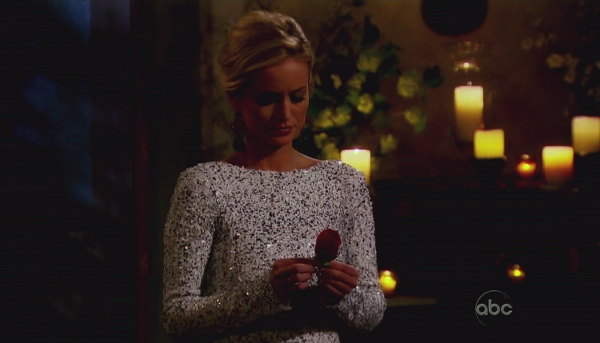 All right, they may not be skirts. They’re kilts. But as Sean so eloquently states: “The difference between a skirt and a kilt is… nothing.” As if it isn’t bad enough that they’re in tank tops and kilts, it’s pretty clear based on the way they’re clutching themselves that it’s pretty darn cold out. The men aren’t thrilled with their attire as they compete in a batch of Highland games for the group date. It’s sad to see them uncomfortable, but let’s face it: An evening spent watching muscular men toss logs around is a night well spent, isn’t it ladies?

What’s the definition of “arrogant” again?

Ryan begins the episode by stating, “I can come off sometimes as arrogant, but I think that’s just me being truthful” and ends with a goodbye statement of, “When you guys are cutting this up, do a good job of portraying exactly who I am and not… you know… an arrogant a**.” Perhaps no one can say for sure which is the truth, but it seems fairly likely the case will be argued in The Men Tell All in a few weeks. Regardless of how the show was cut — as is Ryan’s concern — Emily makes it clear she feels she’s done her due diligence and just doesn’t think they’re the right match.

Arie for the win

There may be weeks left in the season, but is there any doubt that Arie is a bit of a shoo-in? He makes the biggest move of the night when he sneaks away from the guys’ place to visit Emily and reassures her of her decision to eliminate Ryan. She welcomes him with open arms and makes it seem as though they’re already a couple. Some other great guys are in the running, but they may wind up being the next Bachelor rather than Emily’s fiance.

It’s time to make a move!

Emily really seems to be doing her best to give each of the guys time to open up. So much so that she makes Bachelorette history when she chooses to add an extra rose rather than send Doug or John home. They have one more week and a trip to Prague to show her they’re more than just nice guys.

More on the bachelorette