Forget the catwalk… Rosie Huntington-Whiteley is all about the big screen. The model-turned-actress is set to star in another movie franchise, proving her acting abilities are as diverse as her modelling abilities. 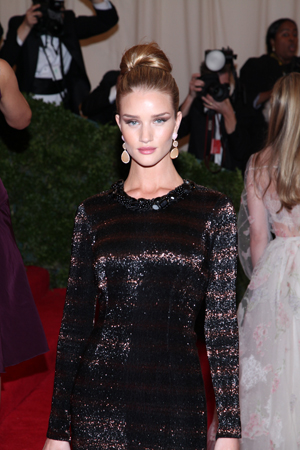 The Burberry model will be channelling her inner actress once again in the fourth instalment of the Mad Max movie franchise. According to the Daily Mail, Rosie is set to star in Mad Max: Fury Road, in which she will play a wife to one of the characters.

Yes, it does sound like a role Rosie would play, since she is extremely gorgeous, and any actor would love to be her husband, even if it’s just acting.

The 25-year-old former Victoria’s Secret model will be playing alongside Lenny Kravitz’s daughter, Zoe Kravitz, as well as Charlize Theron and Tom Hardy, just to name a few co-stars. The movie will be directed by Happy Feet director George Miller and will start filming in Namibia, Africa.

And those of you questioning Rosie’s acting abilities after her highly criticized performance in Transformers: Dark of the Moon need to give the model-turned-actress another chance. After all, a new movie franchise means an opportunity to start fresh, right?