It’s true. Jack Osbourne, the 26-year-old star, has revealed he is suffering from multiple sclerosis; he confesses he is frustrated and angry. 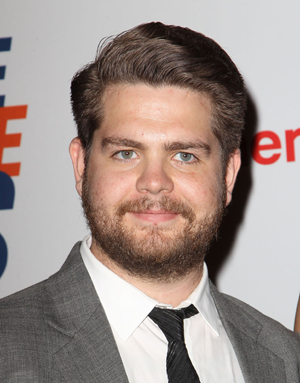 Jack Osbourne — yes, son of Ozzy and Sharon — has been diagnosed with multiple sclerosis.

The 26-year-old star and newly inaugurated father to little Pearl Clementine (with fiancee Lisa Stelly), spoke to People magazine about his frustration and anger over the recent diagnosis.

“I was just angry and frustrated and kept thinking, ‘Why now?'” he told the interviewer. “I’ve got a family, and that’s what’s supposed to be the most important thing.”

For those of us who are poorly versed in the medicinal field, multiple sclerosis is a damaging inflammatory disease affecting the brain and spinal cord, which unfortunately takes root in early adulthood. It’s incurable and unpredictable in terms of symptoms: It can show up in various degrees of severity, from mild muscle weakness and poor vision to cognitive impairment and paralysis. The more you know…

Osbourne rose to fame on his family’s 2002 reality television series The Osbournes. He has been known to struggle with alcohol and drug abuse until recent years.

Out of respect, we will make no jokes. If you are interested in helping the research for the disease, you are welcome to donate to the Multiple Sclerosis Society of Canada. We wish the best of luck to Jack Osbourne and his family. Godspeed!

More on the Osbournes