Drake and Chris Brown’s recent brawl is all anyone’s talking about. But with so many conflicting accounts about what happened, how are we to know the truth? Well, we think we’ve got an idea of what really happened that night. At least, it’s what we’d like to have happened. 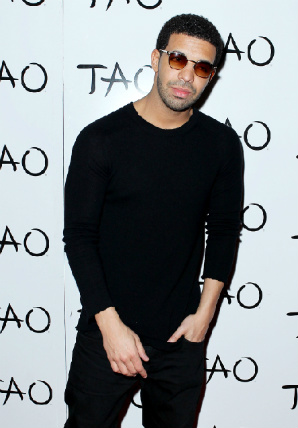 By now you’ve probably heard about the alleged bloody battle between Chris Brown and Drake. It happened in the wee hours of the morning on Thursday at New York club WiP and was apparently the result of an ongoing feud between the two over singer Rihanna, who has been linked romantically to both. At first, it seemed like everything about the fight was perfectly clear: Drake and his crew faced off against Chris and his, bottles were thrown and glass was broken, and Chris walked out of there with a gash in his chin (which he later tweeted a picture of, but soon took down).

Now, however, as more and more details surface, the events of that fateful night grow cloudy and obscure. Some people are saying Drake started the fight, while his reps are insisting Drake was not even part of the incident. Some people are also now saying that rapper Meek Mill, who was among Drake’s crew, is the one to blame for Chris’ bloodied chin. Amidst all the flying rumours, there seems to be one absolute truth: Rihanna clearly has magic powers over men.

It’s hard to know exactly what went on at WiP, especially with so many conflicting stories and unclear accounts of what occurred. However, based on everything we’ve heard and read, we’ve managed to piece together this puzzle and figure out what exactly happened between Drake and Chris Brown. Below is our assumed account of the events in question: