Someone’s having a bit of bad luck… After clearing his name on Twitter, Kanye West’s home was broke into. But what was taken, and who took it? 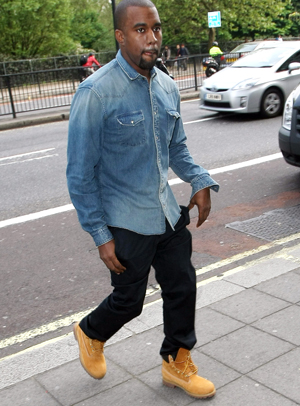 We hope Kanye has a home security system…

After clearing up those rumours about naked Kim Kardashian photos, Kanye West’s home in Los Angeles was burglarized.

This is when locking that back door becomes important.

Luckily the rapper was not inside at the time of the burglary. The L.A. police department has not caught any suspects, and it has not been determined whether anything was taken. The investigation is ongoing.

If it’s West’s home you’re breaking into, you must be looking for either bling-bling, expensive runners or naked photos of Kim Kardashian — the latter being more likely and way easier to sell.

Celebrity burglary is such a poor sport; you always get caught. Like the gang that robbed Paris Hilton and Orlando Bloom — caught! Granted, they now have a film made about them (The Bling Ring), but they also have mug shots.

12 mins ago
by Alyssa K. Davis