She’s known for her great music and her great body, but now Rihanna says she is missing one of them. The Barbadian musician is speaking out about losing some of her famous curves, which has her a bit upset. 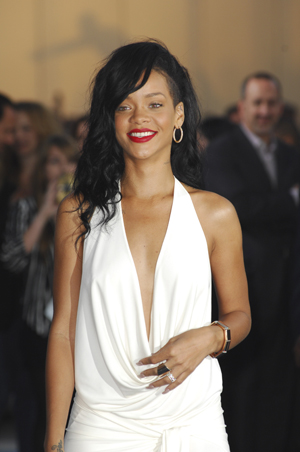 The musician and actress, whose envy-worthy curves and bikini photos make us wish we had her gorgeous body, says she misses having a little meat on her bones.

“I’m a size 0 — and not happy about it!” says Rihanna to Us Weekly. “I went way too far. I prefer myself a bit chunkier.”

The “We Found Love” singer tells the entertainment magazine that her busy schedule, which puts her life constantly on the go, is the reason for her shrinking size, and she says her weight loss is causing her to miss one of her favorite ass-ets.

“I want my old butt back!” says Rihanna.

Well, there is no denying that Rihanna has an outstanding body — before and even now — but if she really wants to get her old bod back, then she should go for it!

The 24-year-old also addresses the speculation of fans who believe her busy schedule is not all to blame for the dramatic weight loss, that her constant partying is also responsible. Recently the musician’s manager and music mogul, rapper Jay-Z, reportedly told the singer that she needs help, and a source told Closer magazine via the Daily Mail that Bey‘s husband has told Rihanna to “go to rehab now, or I’ll drop you from the label.” But Rihanna squashes the rumours, saying she’s just a busy gal at the moment — and she likes it that way.

“I want to do two more [movies] before touring again next year,” says Rihanna. “My schedule is crazy!”