Some women are born with an unfair amount of luck. These are the women whose lives start out as normally as yours or ours, and then they end up married to billionaires and princes. We share a list of some of the women we give you permission to envy, and we’re right there with you. 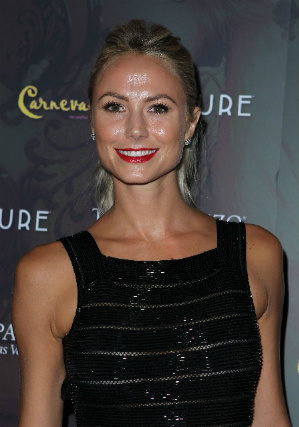 Remember when you were a little girl and you’d imagine that one day a prince would come galloping into your life and save you from your mediocre, eventless existence? And remember growing up and realizing that the chances of that ever happening were about as high as you sprouting wings and flying to New Zealand, and how could you have been such a fanciful, idealistic child? Well, ladies, we’re here to tell you that those fairy tales you so wished would manifest do indeed come true. At least, for a very lucky, enviable few.

Generally we don’t condone allowing the green-eyed monster to rear its ugly head, but when it comes to these women — who have been plucked from relative obscurity by modern-day royalty and dropped into their own personal fairy tales — we give you full permission to envy away. While you’re helplessly wondering how it’s possible that these ladies could be awarded such a healthy dose of luck while you’re stuck working a nine-to-fiver, try to remember that the reality of their inconceivable fortunateness increases the overall chances of dreams coming true — perhaps even for you one day! A girl can dream, right?

George Clooney is a man who can have any woman — or man, probably — that he desires. The fact that a man who so encompasses Hollywood royalty has, out of his pick of the biggest, most beautiful, most coveted stars on the planet, chosen Stacy Keibler, who may be well known in the wrestling world but whose independent fame doesn’t even hold a candle to George’s, is the stuff that dreams are made of. Recently the couple was photographed on George’s boat at his famed Lake Como villa in Italy. Despite the fact that they’ve been dating for a considerable amount of time (by George’s standards, anyway), this is apparently their first trip to his European home. The couple looked beautiful as always, with Stacy in an elegant and bright yacht-appropriate jumper. We can’t help but wish we’d taken up wrestling if it might have meant a chance to cruise around the water with George Clooney. We figure the key to their extended romance is that she just puts him in a deathlock any time he threatens to end it.

As the wife of the future king of England can attest, it is possible to become a real-life princess. Catherine Middleton was just another girl growing up in Chapel Row, a small village in England. Her decision to attend the University of St. Andrews was clearly a smart one, since it was there that she met Prince William — or rather, where he laid eyes on her walking down the runway in the fashion show that changed their lives. What followed was a long courtship, followed by an engagement, a fairy-tale wedding and now what seems to be a happily ever after. Why can’t there be more princes in Canada? We’re part of the Commonwealth, after all! It’s a little hard to fantasize about becoming a princess when the most exciting prospects are hockey players and politicians.

Ever wonder what it would be like to marry the world’s youngest self-made billionaire? Priscilla Chan, who recently married Facebook CEO Mark Zuckerberg, could tell you. In what can only be described as a straight-out-of-an-Apatow-movie meeting, Priscilla and Mark first met while standing in line for the bathroom at one of Mark’s fraternity’s parties at Harvard. Priscilla can thank her bladder for filling up when it did, since the result of that chance encounter was marrying into a life of pure fantasy. However, despite the fact that the newlyweds have the means to do basically anything they want to, the brainy Priscilla has said they like to keep things simple, opting for a serious game of Settlers of Catan over a solid gold house. No offence, Priscilla, but that kind of sounds like a waste. At least wear a 40-carat tiara while you’re establishing your colonies. Note to selves: Attend more frat parties that contain science nerds.

It’s what we all dream might happen when we get hired for a job: We work hard and prove our commitment to the position; we catch the eye of the immensely wealthy man in charge, who is entranced by our beauty, brains and unique personality; he falls hopelessly in love with us, even though we’re his lowly employee and it’s kind of against the rules; and we get married at a picturesque private ceremony in Hawaii. Melinda Gates, Microsoft creator Bill Gates’ long-time wife, is living that dream. But her life isn’t just one exciting Settlers of Catan marathon: As the wife of a multi-billionaire, Melinda has been giving back to the world through her extremely generous charity work and philanthropy. Not only is she smart and married to one of the richest men in the world, but she’s also a good person. Whatever, Bill. If that’s what floats your boat, we’re not going to sit here in bitter judgment.

The dos and don’ts of celebrity stalking
Smart and sexy: Mark Wahlberg heading back to high school
Matthew McConaughey is a married man