Oy. Kanye West stands accused by the world wide web of posting a revealing photo of girlfriend Kim Kardashian. Is this rumour true? 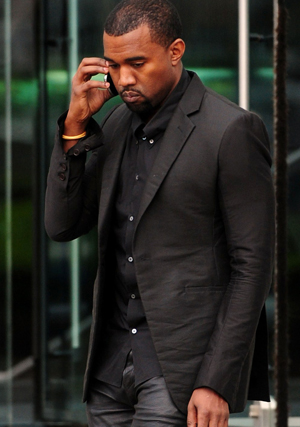 This would be so awkward if it was true.

While Kim Kardashian and Kanye West were sliding down rainbows in love paradise, the internet folks were plotting to prank the couple with a saucy rumour.

A photo purported to depict a nekkid Kimmy (or rather her backside) circulated the internet after being allegedly posted on Kanye’s Twitter account. Hwaat! Did West cross the no-no line to the dark side and reveal Kardashian’s goodies?

“In regards to this ‘story’ that Kanye posted and then took down intimate pictures on his Twitter account: TOTALLY FALSE. Laughably so,” the rep for the rapper announced.

So who was it?

“im not going 2 argue about whether that pic is me or not…want proof? Look at the back dimple piercings. kim k doesn’t have those…oh, and my right wrist piercing shows in the pic too…the end.”

There ye have it. Kanye respects his woman. Opinions?