The success rate of celebrity stalkers lately has been pretty abysmal. First Alec Baldwin’s stalker gets arrested, and now Jeff Goldblum has been granted a three-year restraining order against his. Our handy guide explaining the dos and don’ts of celebrity stalking will ensure you don’t find yourself next to those ladies in the back of a cop car. 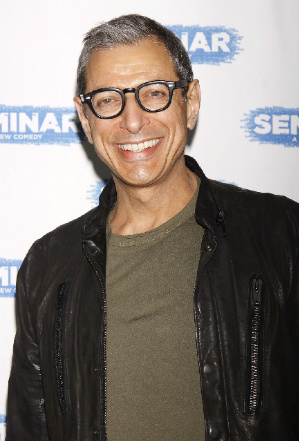 Welcome, stalkers. We’ve called this emergency meeting because certain events have transpired recently that demand immediate attention. When we send each of you into the world to make celebrities’ lives difficult, we expect a certain amount of decorum to be followed. The training we provide you is not simply a loose guideline, but the foundation for a successful career in stalking. We pride ourselves on the fact that our representatives are lighter of foot, crazier of eye, and looser of screws than the rest of those amateur celebrity-crazed hounds and paparazzi out there. We don’t just get pictures of stars coming out of the shower — we’re in the shower with them.

Lately, some of you have begun to neglect the valuable lessons we’ve taught you, resulting in some truly shoddy work. To read that our very own trainee, Linda Ransom, Jeff Goldblum‘s dedicated stalker of 11 years, has been court ordered to remain 100 yards away from the actor for three years not only reflects poorly on her, but on the rest of us as well. The same can be said about Genevieve Sabourin, Alec Baldwin‘s stalker, who was arrested and charged with five misdemeanour counts of harassment and stalking; Stuart Lynn Dunn, whose attempted stalking of Mila Kunis led to him being held in prison on $190,000 bail; and Quamine Taylor, who entered Diddy’s home and made himself embarrassingly comfortable.

It appears that a refresher is in order, since what we’ve taught you apparently isn’t making a lasting enough impression. We hope this reminder of the basic dos and don’ts of celebrity stalking will mean a drastically decreased presence of news stories about stalkers who have been caught and charged. Remember: Without us, they wouldn’t be real celebrities.