The Canadian-born entertainer is selling a piece of himself — or his property, anyway. Jim Carrey has put his perfect beachside home on the market, as he is finally ready to move on. 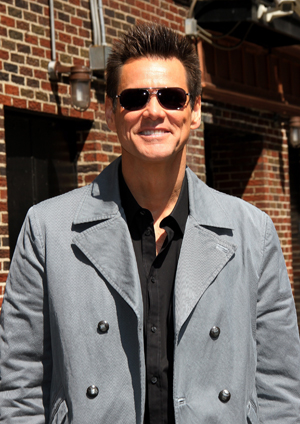 Jim Carrey is on the market — the real estate market, that is.

The Canadian-born actor-comedian has put his sophisticated Malibu Colony pad up for sale for a whopping $13.95 million, according to the LA Times. The funnyman, who bought the house in 2002 for only $9 million and a bit, is said to make a generous profit from the sell — about $4 million, actually.

Who knew Jim was so real estate savvy?

The beach house boasts five bedrooms, five and one half bathrooms and a rooftop spa. It also has a very cozy, contemporary living and dining room that kind of makes you wonder why Jim is even selling the house in the first place.

But one possible reason may be this: Jim originally shared the comfy abode with girlfriend of five years and former Playmate Jenny McCarthy. The two split up in 2010, and now Jim Carrey is dating a 23-year-old student, Anastasia Vitkina.

Well, whatever the reason is for Jim selling the house, we hope the process is smooth and profitable. But we have to know — does this mean Jim will be buying a new house? Maybe he should come back to his native land of Canada and shack up here. Think about it, Jim.