Sexy, smart and educated — what a dangerous combination. The actor is heading back to the virtual classroom within the coming month to get his high school diploma. 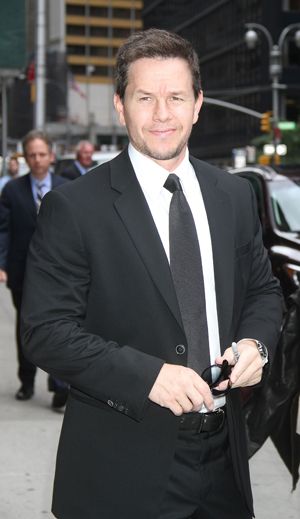 The hunky and attractive actor appeared on the Late Show with David Letterman and revealed that he is focused and ready to hit the books and get his high school diploma. The Fighter star, who dropped out from school in the ninth grade, plans to complete an online program starting next month.

“It’s an actual diploma,” says Mark on the Late Show via E! Online. “I’ve got to take up all the courses that I missed.”

How motivational — and a bit sexy — is it that Mark still strives to complete his education even though he is already a famous and accomplished actor? It definitely speaks of his humble character, don’t you think? But just like any child getting ready for the first day of school, the 41-year-old actor says he is “a little nervous” about doing the program, but he jokes off his emotions, saying he just wants to receive the missing credits.

“They’re going to give me whatever credits I already have, which is probably, like, one or two… I’m going to make it happen,” says Mark.

Mark isn’t the only celebrity who has been academically motivated this year. Canadian pop star Justin Bieber announced in May that he officially completed his high school diploma via home-schooling.

“I passed my test — I’m free! It was hard doing school and work every day,” said Justin in an interview with The Sunday Telegraph. “That was something my mom really wanted me to do, so I had to do it for her.”

In February, America’s Next Top Model creator and judge Tyra Banks also revealed that she had gone back to college and completed a business certificate from the Harvard Business School.

Looks like some celebrities want the smarts as well the fame.

More on Celebrities and School