She may have ended her reality show and decided to keep mum on her marriage to the NBA player, but the Kardashian sister is reportedly still very interested and ready to start a little family of her own, and has sought the guidance of fertility treatment to jump-start the process. 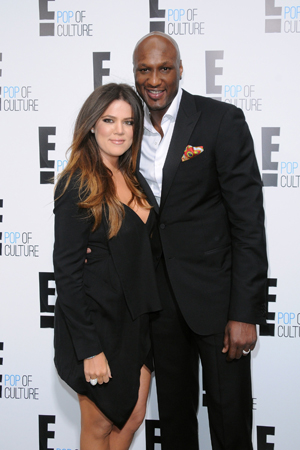 Khloe Kardashian is pulling out all the stops to start a family of her own.

The famous Kardashian sister is reportedly undergoing fertility treatment in hopes she will get pregnant with husband Lamar Odom‘s first child. Sources tell TMZ the couple has been trying “in vain” to get pregnant and have decided to go to a reproductive centre in Beverly Hills for a little help.

Although Khloe has yet to confirm these claims, the reality star told People last month she wanted to focus on her life and marriage to Lamar — one reason she halted her Khloe & Lamar reality show.

A source also told Us Weekly that Khloe and Lamar “really want to have a baby and are trying everything.”

Whether or not Khloe is trying to have a baby, we hope she does whatever is best for her and Lamar and that she gets all the support she needs. And it certainly seems she is, considering big sister Kim Kardashian was reportedly at the centre with her little sister.

You’ve got to hand it to those Kardashians: Spotlight or no spotlight, they always make sure to make time for family.