Casting sounds like so much fun! Philip Seymour Hoffman has been offered the role of Plutarch Heavensbee in the anticipated Hunger Games sequel. 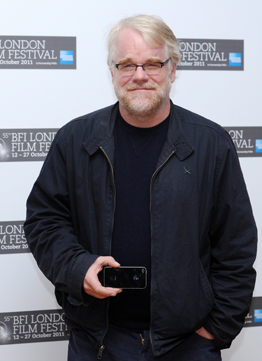 Like starving dawgs (pronounced daw-oo-gs), The Hunger Games fans are waiting for any scrap of information about the upcoming sequel, Catching Fire, so here it is…

We already know the film is going to be directed by Francis Lawrence, but what about the cast? While the fan-favourite character Finnick is yet to be found, according to numerous reports, Philip Seymour Hoffman has been offered the role of Plutarch Heavensbee.

Aside from the humorous combination of Greek historian meets Timothy Goes to School-esque teacher, this Plutarch character is the cat’s meow. He replaces Seneca Crane (man with the swirly beard) as the new head gamemaker, after the former is savagely murdered by a bowl of berries (scene present only in the first film).

All other details about Mr. Heavensbee would be too juicy to reveal. But there has been no word yet of whether Hoffman is going to accept the role.

This would be quite a departure for the talented actor, who is not particularly known for franchises or kid-friendly roles. He did receive an Oscar for his work in Capote and earned two Academy nominations for Charlie Wilson’s War and Doubt. We’ll see how he fares in Capitol attire — we imagine him in an elaborate hat (a la Willy Wonka), yes?

Catching Fire is slated for release on November 23, 2013.

Stay tuned for a confirmation and more HG news. May the odds be ever in your favour and all that… Godspeed!